Home » Teaching » How to Teach (and Learn) Guitar, with Dylan Welsh

How to Teach (and Learn) Guitar, with Dylan Welsh 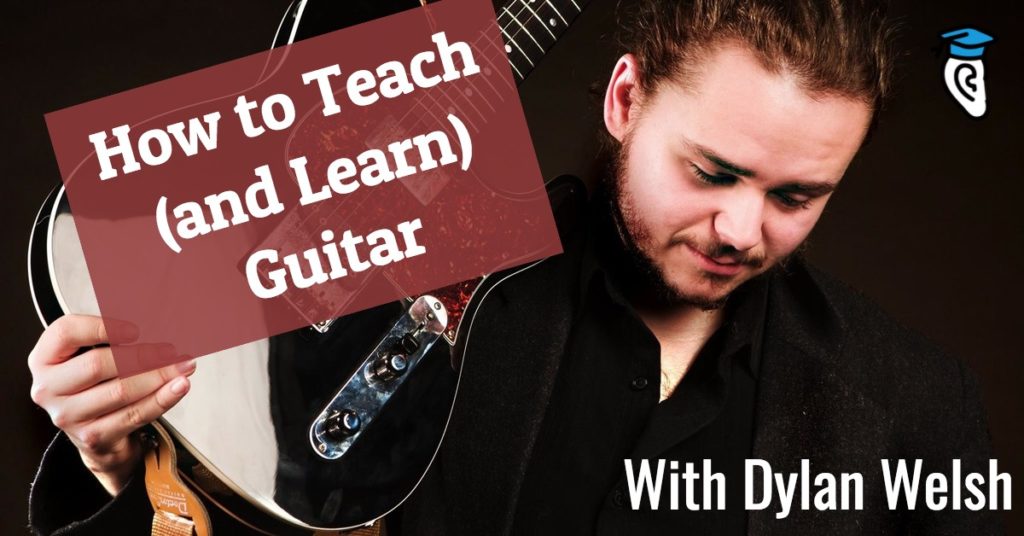 At 21 years old, Dylan Welsh already has a fantastic career as a guitarist and teacher. Musical U last spoke with him about his background and pro playing. Today we turn to Dylan’s teaching and how he brings in listening and theory skills. Whether or not you play guitar, Dylan’s methods and passion will inspire you!

Q: We here at Easy Ear Training are passionate about listening skills and music theory, because we have experienced first-hand the amazing benefits. Yet these areas have received a bad rap as being boring or dry—largely because of the way they are traditionally taught. How do you go about it in your guitar teaching? 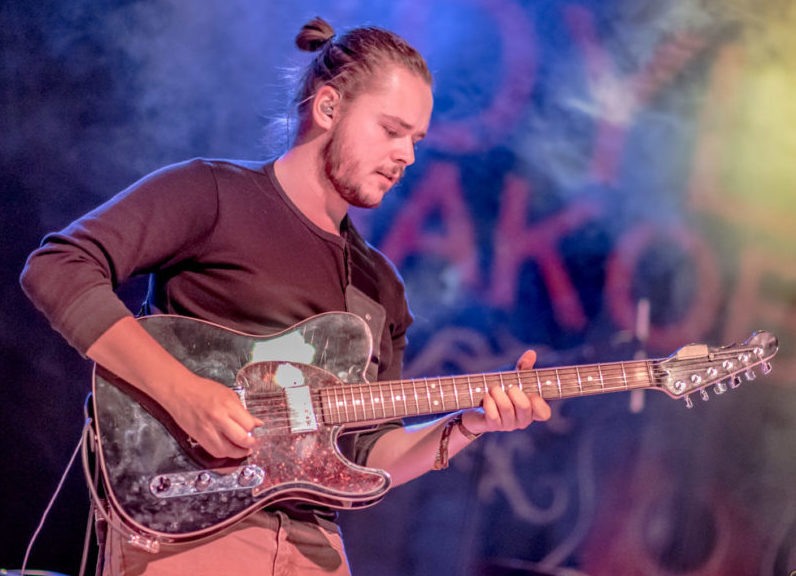 For example, I’m working with one of my students right now who wants to write better songs. So we’re working on diatonic major key harmony. The one chord is major. The two chord is minor, so on and so forth. But rather than start with the theory, we’ll start with the song he wants to learn. Then we’ll break it down to what is actually going on with the chords. Once he’s caught on to that, now we have a theory perspective and can work on writing songs through it—but it all starts with the song that we’re working on. That’s how I teach.

The pentatonic scale, for example, is very important for a guitar player. If we’re working on a song that has a cool lick, or if there’s any lead guitar playing at all, most of it over the last few decades is pentatonic based. We’ll be listening to some leads and I’ll say, “Oh, this is cool. Let’s learn this.” Then I’ll point out, “As you can see when we listen to a few of these songs, it sounds like they’re all using the same scale. We should learn that scale!” I do whatever I can to slide it in gradually until they naturally take an interest in the theory end of things. 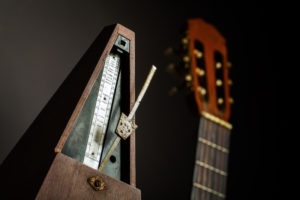 Yeah, absolutely. If they’re clearly not being bored to tears with the scales or that sort of stuff, then I hone in on that. At least once a lesson I’ll say, “Okay, here’s this scale. We’re going to set the metronome and do the grunt work.” At least once a lesson I tell them, “You know, even if you do this for ten minutes out of your day every day, it’s worth it.” And when they’re not quite as interested? “Really, yes, please do this regardless of how you feel about it—just a little bit, just humor me.”

The guitar is a weird instrument in the way it’s laid out. You can play the same C note in ten different places, as opposed to a piano where you’ve got C right there. Unlocking that fretboard for me was a huge step up in my playing. 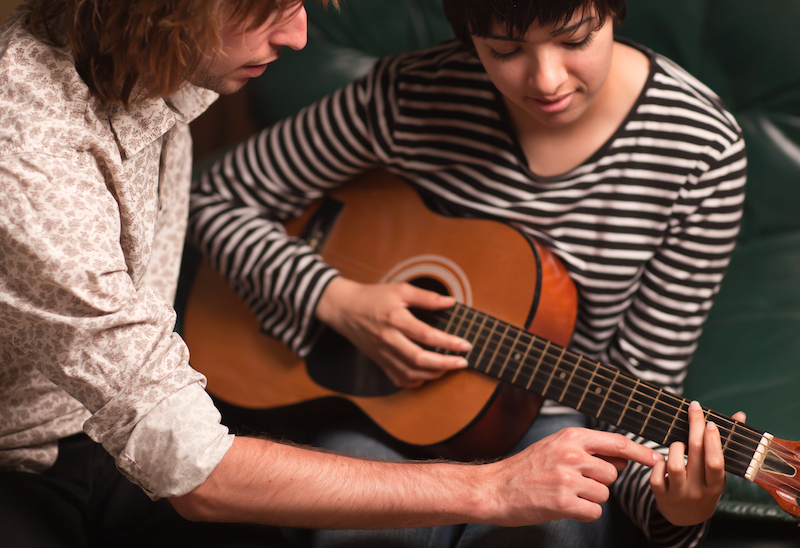 Honestly, when I have to learn a song for a gig, it’s quicker and more accurate to learn it by ear than if I were to go hunting for tablature or sheet music.

Using your ears is a huge part of that. Let’s say we’re going to practice improvising. I play a backing track behind them. Then I put them in a completely unfamiliar area of the fretboard, and say, “Okay, just play. If you hit a bad note, no big deal. Aim for the right note next.” When you’re outside of your comfort zone, you’re forced to rely on your ears while your fingers learn the new patterns. Then the connection between ears and fingers remains once the patterns are learned.

Q:I love the idea of teaching theory, technique, and listening skills through the experience of improvisation. From the traditional, particularly classical music education perspective, this idea of “wrong notes” gets so ingrained, that starting to improvise can be really tricky. I’d love to hear more about how you help people past that hurdle.

The improvisation pedagogy is really interesting. There isn’t any. You can’t really, in the end, teach someone to improvise. That’s something I’ve figured out over the years. What you can do is equip them with the tools necessary for them to teach themselves how to improvise. That’s really what it comes down to. It’s such a personal thing.

As far as wrong notes go, that takes a little time. When listening with my students, I’ll point out, “Look, he just hit that nasty note.” You might not even notice, because he was so confident about it. 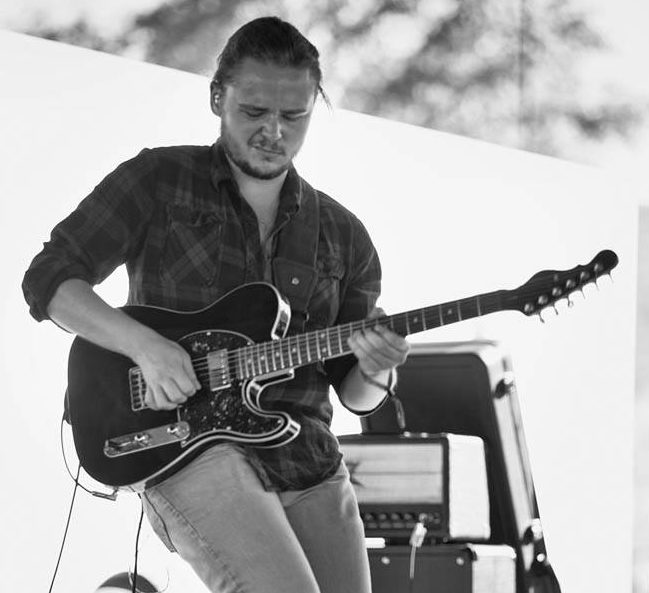 As Victor Wooten says, “You’re only ever a half step away from the right note.”

Here’s guitaristic thing: if you find yourself landing on a bum note, if you can always bend that note up a half step, then it looks like you just bent up to the right note on purpose.

First we get comfortable with scale shapes and playing improvised melodies within a specific box. Then we start breaking down the limitations. It takes time. Everyone’s a little different, and practicing makes a big difference.

Q: What would you say are the most important listening skills for guitarists?

For a pro or semi-pro, it’s essential to be able to pick up on what’s happening musically around you within an ensemble context, and being able to follow along pretty quickly. Even for the casual guitarist, learning everything as close to completely by ear as possible is the way to go. Just doing that teaches you so much about the instrument.

Honestly, when I have to learn a song for a gig, it’s quicker and more accurate to learn it by ear than if I were to go hunting for tablature or sheet music.

Q: You also play mandolin, viola, keyboard and bass. in your repertoire. How are listening skills common or different across all those instruments?

Having good ears applies to whatever instrument you play. That’s what’s gotten me far enough to play my secondary instruments on a professional level. It’s not necessarily because I have the best technique or command of the instrument, but because my ears are good enough and my understanding of music is good enough that I can fill those technical holes. I get away with things I might not normally be able to get away with just because I have good ears. 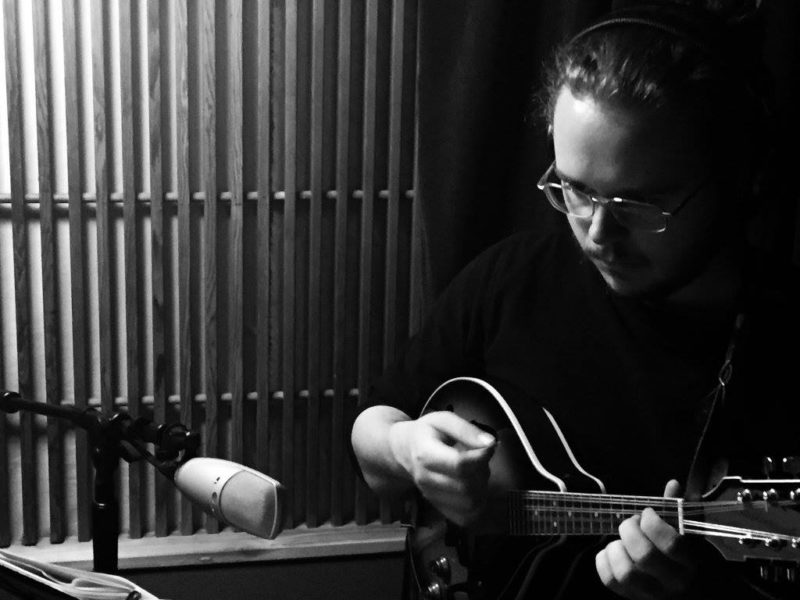 If you have any aspirations of playing music, even as a semi-professional, you really need to spend some time developing your ears. Get some lessons or just use one of the online resources available like Easy Ear Training, and just spend some time on it, because it’s so essential.

Fantastic. That gels so well with the story of your own background. I can see the thread woven throughout—the instruments you’ve been able to pick up, and how adaptable you’ve been as a musician, and how you teach your students now.

Are you as inspired as we are by Dylan Welsh? Whatever your musical aspirations, your ear training is the single greatest step you can take to a deeper enjoyment of music as a player and a listener. Closely linked to aural skills are the understandings of musical structure, aka musical theory.

Dylan teaches to experience the music first, then derive the learning. Take these steps today: learn a song by ear, as much as you can, and then figure out the musical structures. The more you do it, the more you’ll be able to apply your new understandings in an ever deepening way to your learning of more new music.