Home » News » Classic Chords: Learn the most famous four chords in the world

Classic Chords: Learn the most famous four chords in the world 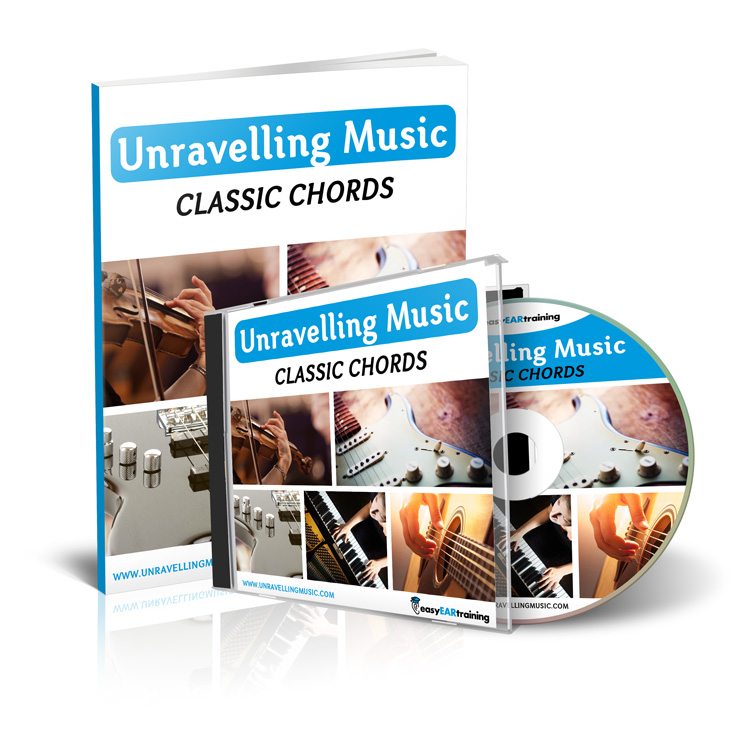 Did you know that thousands of modern songs use the same four chords? This may sound unlikely and overly simplistic, but it’s actually a powerful truth in music which can help you quickly and easily transform your ability to play by ear. That’s why we’re so excited today to announce our new ear training album, Classic Chords which teaches you to recognise these famous four chords by ear.

Learning music can be hard. It takes time and it takes effort… That’s why here at Easy Ear Training we believe in looking for the most effective ways to get the maximum results from your efforts. The shortcuts, tricks, hacks and powerful insights that let you achieve more from less.

For that reason we were delighted to interview The 80/20 Drummer recently and hear his tips for maximising the results from your practice time. 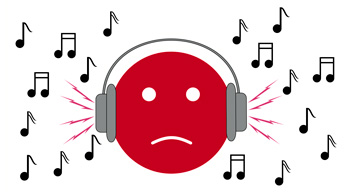 Do the chords you hear seem too complicated?

At a glance this might seem overly simplistic. As a musician you know there are 12 major and 12 minor chords, not to mention 7th chords, augmented and diminished chords, different voicings, and endless ways that composers and song-writers have arranged notes to create unique harmonies in their music. How could focusing on just three- or four-chord songs make sense, when that’s the world you face?

The slightly paradoxical answer is that it’s only by focusing on this simpler challenge that you can hope to make sense of the wild world of chords. Those three- and four-chord progressions underpin everything else, and learning to recognise them is the “80/20” rule for playing chords by ear: the way you can get 80% of the results with just 20% of the effort.

If you feel like playing chords by ear is just too hard and complicated, focusing on these 3-chord and 4-chord progressions is the solution.

I’m a big fan of this fun song medley by the Axis of Awesome. It’s featured in one of the most popular articles we’ve ever published, Nick Long’s “Four Chords and the Truth”.

Because it shows in just a few minutes why knowing these four-chord progressions is essential for any musician.

That’s a big and important insight. But just knowing that these four-chord progressions are everywhere isn’t enough. You might start thinking you hear them in songs, but are you sure? Could you pick up your instrument and play along?

That’s why we developed Classic Chords, the latest album in our Unravelling Music series. These albums teach you fundamental listening skills through real music: you learn just by listening. Classic Chords focuses on four-chord progressions, using five specially-composed tracks across different styles and instruments to teach you to recognise them by ear.

The first two Unravelling Music albums have proved so popular I knew we had to return to award-winning composer Sabrina Peña Young to create this new album. I asked her to reign in the natural avant-garde creativity which makes her own music so distinctive and instead try to make these tracks sound as familiar as possible. Take a listen:

These tracks aren’t going to hit #1 in the charts, and they may not win any prizes for originality. But they are going to make sure that once you’ve studied with Classic Chords, applying your new chord recognition skills out in the real world will be easy and automatic.

That’s what I find most exciting about the Unravelling Music albums. There are lots of “abstract” ear training exercises you can do, and these can be useful – but often leave you a bit stranded, with a big gap between those theoretical skills you’ve developed and the real-world challenges of playing music by ear, improvising over songs, jamming with other musicians, and so on. With Unravelling Music you can close that gap and put your listening skills directly to real-world use.

Our students who train with Unravelling Music have told us this really works. Here’s what a couple of them had to say about the first two albums in the series:

The tracks are STELLAR for the intended learning purpose. Enough complexity to have you listening carefully but simple enough to be accessible and to feel the sense of accomplishment, of “getting it.” Nice!”

“With this album, everything seemed to click! I started to recognize patterns in my favorite songs and even the soundtrack to some video games that I own.

I already have recommended the album to my friends in the band I sing with.”

Classic Chords was released yesterday and is already outselling both of the previous Unravelling Music albums.

Clearly this is a topic that a lot of musicians know they need to learn!

Our email subscribers got a special discount offer (take one of our courses to join them for next time) and if you’re interested in the album you can check out our Facebook page for a special offer you can use too.

If you want to transform your ability to play by ear, by focusing your practice in the most effective way and achieve bigger, better results from your efforts, learn the most famous four chords in the world with Classic Chords.