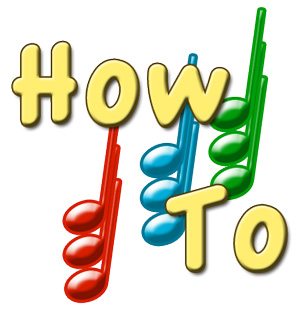 In “Chord Ear Training: What is it and What can it do for you?” we discussed the reasons musicians train their ears for chords, looked at the benefits of chord ear training, and gave an overview of the two main areas you can focus on.

There are many ways chord ear training helps you as a musician, whether you’re:

Spending some time on chord ear training will develop your harmonic awareness and your ear’s ability to pick apart the music you hear into its individual notes. This brings the music to life and helps you understand how to make your own musical contribution on your instrument.

There are two main types of chords ear training:

Most musicians will want to start with the first area. You need a basic grasp of chord types to make sense of chord progressions.

If you’re determined to jump straight to progressions though, don’t worry: the good news is that you probably already have a strong sense of the most important distinction (major vs. minor) and it won’t take long to polish up your chord recognition skills to the point where you can tackle chord progressions.

There is a natural path of chord ear training you can follow. Start with the most basic and fundamental chord types, and work up to practising with increasingly complex chords.

Not sure about terms like “triad”, “seventh chord” and so on? Read up on the theory of chords.

If you do only one chord ear training exercise, this should be it. Reliably distinguishing major triads from minor triads is the foundation for all your chord listening skills.

Start out with some simple examples of major and minor triad chords like these:

You can download our free triad chord MP3s practice pack to get some ear training MP3s just like this. Practise listening carefully to the different characteristic sounds that major and minor chords have. (Do you know about active listening?) At this stage you can start mixing and matching major, minor, augmented and diminished triads, and practising identifying each. Use resources like our Chordelia: Triad Tutor app or free MP3 practice pack to listen and test yourself.

How you proceed from here is up to you.

Some musicians will choose to move directly on to four-note chords and advanced chord types because they know they need them in their everyday music-making. Others will take time to work with triad inversions and reinforce their sense of relative pitch with three-note chords before complicating things with a fourth note!

If you’re not sure which route to take, we’d recommend spending some time with triad inversions before moving on.

Each type of triad chord has three possible inversions, depending on which of its three notes you put at the bottom of the chord.

As you begin ear training chords you’ll be relying on the overall sound of each triad to distinguish them. For example, major triads sound “brighter” and “happier” than minor triads.

The problem is that this is quite a fragile way to recognise triads. It works well for simple examples in isolation, but once you’re in a real musical context like a song it can be much harder to hear those characteristic flavours of sound.

To build stronger chord listening skills, you should continue your triad ear training by incorporating interval ear training. Rather than listening for the overall sound of each triad, try to pick apart its component intervals by ear.

For example, try to hear the major third and perfect fifth in a major triad chord: Then you can start introducing inversions. You’ll find you can distinguish each inversion of a particular triad by hearing how the intervals change.

For example, compare this “first inversion” example to the “root position” above: If you’re an iOS user, our Triad Tutor app walks you through all of this, lesson-by-lesson and helps you identify areas to focus on to build a really solid ear for triad chords.

There are many more ways to play triad chords—different “voicings”—by repeating notes or spreading them out over multiple octaves. It’s useful to practice ear training for this too. This is particularly true if you’re interested in arranging music (where several instruments may contribute notes to the chord) or playing piano (where notes across the whole keyboard can be used to form a single triad chord). Once you’ve mastered triads (and perhaps also their inversions) it’s time to move on to ear training advanced chords.

What exactly does “advanced chords” mean? That will depend a bit on you! We’ll use the term loosely here to mean “chords which aren’t triads”. Depending on your instrument and musical interests, there are different types of chord you might want to focus on next.

For each of these cases, the ear training process would be the same as for triad chords: Once you break down chord ear training into training for chord types and training for chord progressions, there are still several areas you can focus on. Start out from the basics and build out your ability to recognise chord types gradually. Begin by solidifying your skills with those you can already (e.g. root position major and minor triads) and then introduce new types and variations step-by-step, taking the time to compare them with what you know so far.

When you have a solid grasp of the four types of triads and their inversions, choose the direction for your future chord ear training by thinking about the kinds of chords you use in your own music and what kind of chord recognition skills would be most useful to you.

Plan your route and take your time. Use the chords’ characteristic sounds and the intervals within them and you’ll soon be able to recognise chords by ear !