Home » How To » Arranging » Before and After: Covering Zedd

Before and After: Covering Zedd 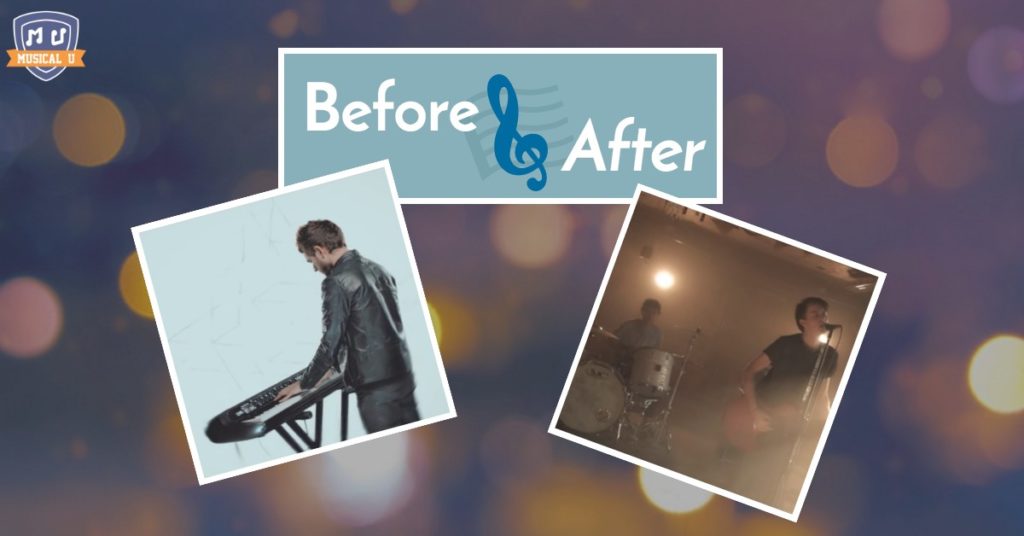 When it comes to covers, some of the most interesting examples are those that take a song and bring it to a completely new territory in terms of genre. Whether it’s taking a hard rock classic and making it bossa, grabbing an obscure punk song and remixing it into hard techno, or turning an indie-rock tune into IDM, it’s always amazing to see how the spirit of a song can transcend its original form.

Swedish duo Twenty One Two, composed of Mikael Olsson and Rickard Lindvall, have done exactly this. They transformed Zedd’s electro house hit “Find You” into a punchy pop-punk anthem.

Just how they did that is worthy of a thorough analysis that should also be one heck of a listening exercise. So let’s get to it!

Let’s have a listen at the original first. As always, we recommend that you listen to the song while reading:

Something fairly interesting about Zedd’s “Find You” is that the chord progression doesn’t repeat the same three or four chords over and over – instead, it consists of a sequence that doesn’t ever repeat completely and flows seamlessly into the pre-chorus.

It’s important to note that what Matthew Koma first sings is the verse [0:15], followed by Miriam Bryant’s pre-chorus [0:30].

Quite evidently, the song is piano-led. Though it starts with only the piano phrase marking each chord and some atmospheric synths, more elements are added as the song moves forward. These elements, which we’ll cover in-depth soon enough, are a staple of electro house.

The vast majority of pop music relies on a really loud and catchy chorus in order to be effective. With this in mind, you could say that everything prior in the song has been a preparation for this moment.

What was a pretty mellow song suddenly explodes into a gargantuan sound image at [0:41], with many elements coming in – all pointing to the ascending vocal line. However, if you listen closely, you’ll notice each separate component in the mix, too:

The stadium-sized guitars strum huge hits to mark each chord change – all held together by a bass-heavy kick drum. Overlaid on top of that are several synths. 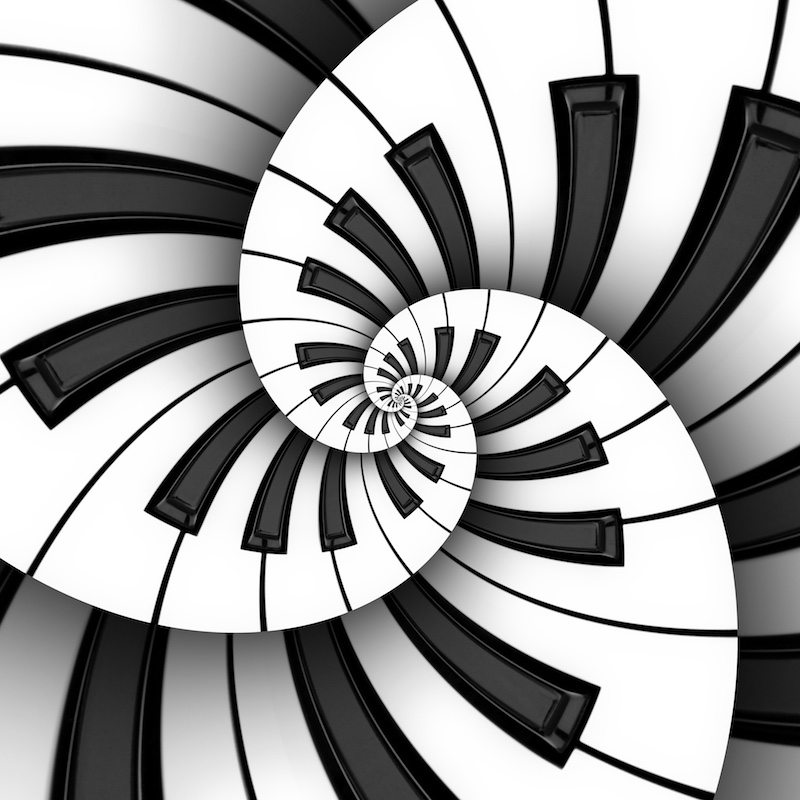 One of them provides a bass line, staying with the root notes but also creating a low counter-melody as the chord progresses. Another plays a very distinctive and noticeable high counter-melody.

Interestingly, there’s also a third synth in there that’s almost entirely white noise. After some processing, it sounds almost like drum cymbals being hit really hard.

At the end of the chorus, the vocals present the main theme of the song, marking the first time that both singers are present simultaneously. And yes, you bet that’s when the lyric “I will find you” is sung [0:52].

Following the energy-filled chorus, things fall into a second verse, which although identical to the first one in terms of harmony, has some markedly different elements in the form of instrumentation [0:58].

Taking things into a more housey, clubby atmosphere, there’s a rhythmic synth line with several frequencies to it. A bass synth is marking the same notes, and this time, there are hi-hat strokes counting in eights.

As the verse flows into a pre-chorus again, drums in the form of a standard dance beat come in, as well as a little synth counter-melody [1:12]. If you listen carefully you’ll also notice that through processing, the synths start to carry more and more frequencies and everything starts to sound bigger right up to the point where the second chorus is presented [1:23].

This is an example of what we call a build-up. It’s most commonly used towards a “break” in dance music, but since this track follows the structure of a classic pop song, the build up happens in this second verse, and then again after the second chorus, where the song now has a fuller beat and repeats the synth’s counter melody.

In classical music, you would call this a crescendo. Basically, all the elements start gaining intensity until a new explosive part is presented, usually the composition’s main theme. This compositional element is something that the listener can really feel, even unknowingly – now, you can probably think of countless songs that do this! With some ear training, you can learn to precisely tell what elements go into creating this effect on the listener.

So now that the cat’s out of the bag (so to speak), the song has progressed into its full beat, and it’s just a matter of having a bridge to serve as a break between the second and the final chorus.

In “Find You”, the bridge is that little call-and-response section where Matt sings, “Open up your skies” and a bunch of other voices answer, “Turn up your night” [2:10]. You’ll notice that this part also presents its own little build-up into a sort of chorus/dance break.

So, there you have it. There is plenty of dance music that follows this structure, and for good reason: it’s perfect for creating tension, then release in the form of a powerful, explosive chorus, making it very well-suited to dancefloors everywhere.

After – Twenty One Two’s “Find You”

Now, let’s shift gears and see how the guys at Twenty One Two crafted their own version:

A Dramatic Shift In Style

As I mentioned at the beginning of this comparison, the guys in Twenty One Two took this cover into different territory, while leaving the song’s essence almost intact. The differences become immediately apparent when you hear the cover version.

Of course, instead of an electronic producer banging out a dancefloor hit while employing two famous voices to do the singing, here, you have a traditional rock band lineup: a drummer, a bassist and a guitarist who are sharing vocal duties between them.

The first thing that probably threw you off is the tempo. Twenty One Two’s version is much faster and thus less danceable than the original, but the drums, which are very present throughout the entire song, lend the song its own unique groove.

This version opens with huge hits instead of the soft piano line. But even throughout the intro, you still hear traces of the original, such as sampled 16-note hi-hats, a piano playing the theme, and atmospheric synths occupying the higher frequencies.

As it all moves forward, the original traces in instrumentation are pretty much drowned out by intricate drum beats and loud guitars that replace the synthesizers. Specifically, Rickard Lindvall (drums) uses very different types of beats throughout the song, most dramatically on the second verse and in each chorus. His work with the kick-drum is also noteworthy; the rhythms he uses are a staple of the hardcore/pop-punk genre:

Stylistically, the cover is very different from the original. But did you notice that the structure and the way that singer/guitarist Mikael Olsson’s layered vocals are almost exactly the same in both songs? Not only this, but the chords also match up very well, seeing as the cover is in the same key as the original.

Structure-wise, there are also huge similarities. In both cases, we have an intro that turns into a verse that flows into a pre-chorus, an explosive chorus, a second verse with some instrumental differences, a bridge, and a final chorus. The only minor difference is that Twenty One Two do the first chorus twice over.

An interesting contrast is the different ways in which the songs shift from one part to another.

Twenty One Two do their own version of a build-up. If you’re into modern punk, you’re probably familiar with it already; it’s in the drumming and strumming. The first example is heard in the first pre-chorus. On the verse, they are marking just three drum hits per bar and the guitars are doing one strum per chord change, but once Mikael starts singing the melody for the pre-chorus [0:23], he palm-mutes 16th notes on his guitar and Rickard hits 32nd notes on the snare drum. Their hits start gaining intensity until bam! They stop for a beat and then lock into the rhythm of the first chorus [0:32], which is somewhat more open and thus feels like we’ve finally arrived at where we were going.

Keep listening and you’ll find similar examples of this, like when they all stop simultaneously for a moment of silence before a new section, or when Rickard chooses to do nothing but mark “1-2-3-4” on the kick drum during the bridge [1:40]. This is a great example of dynamics in a song. The band keeps listeners engaged by shifting intensity depending on what part of the song they’re playing.

Vocals-wise, Mikael surely has a distinct style that differs from the original, but the way the backing vocals are overdubbed in relation to the original is very similar to the original version. In both cases, we have multiple voices on the chorus, and a call-and-response on the bridge.

Both versions are really the same song and evoke the same kind of emotion. The difference is merely a stylistic one, as each one inhabits a very particular environment. While the original version by Zedd is something that you would expect to hear on any dancefloor around the world, Twenty One Two’s version is a much more rock-oriented take on the song; something you probably wouldn’t hear in any sort of conventional dance environment, but rather, at a pop-punk music festival.

As you can see, the basic structure of a song (chords and melody) can have very different applications depending on the performers, the desired effect, and the audience. Genre-bending your covers is a beautiful thing, opening up infinite musical possibilities for a single song. The examples I mentioned at the beginning might be hard to imagine (particularly the punk-rock-to-techno idea), but they do exist!

As generations of classical musicians will attest, you don’t have to be the songwriter to express your originality in music. You too could grab a song’s melody and chords and bring it into uncharted genre territory, turning it into something entirely different. What song will you start with today?