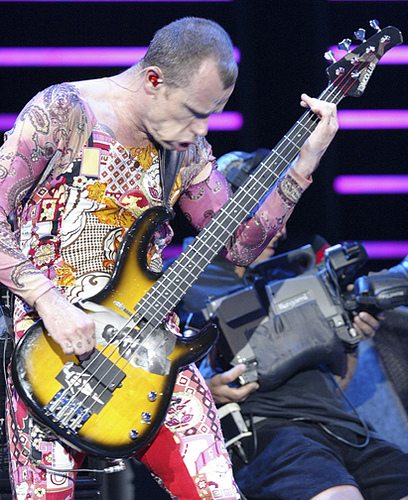 This week we’ll start looking at some of the playing techniques used by bassists to achieve different sounds with their instrument.

Bass players who migrate from the double bass typically continue to play with their fingers as they always had, but former guitarists typically favour a plectrum. “Finger-style” bass is typically played by plucking the strings alternately with the flesh of the index and middle fingers (not the fingernails as with a classical guitar) in a walking motion.

Rock players who need to sustain long passages of even notes at a very high tempo, which can be tiring when played finger style, usually favor pick bass. The slight click of a plastic pick adds articulation to distorted bass lines and ensures the notes stay distinct.

Some players prefer the feel of playing with their fingers, but like the aggressive sound of the pick. You can achieve something like this by striking the strings with the tips of the fingers and bouncing the strings off the fret wire, creating a nasty, percussive sound. Steve Harris of Iron Maiden popularised this technique.

In this sample the same 140 BPM rock riff is played:

Can you hear the differences?

In the late 1960s, Larry Graham (who went on to find fame as part of Sly and the Family Stone) devised a new way of playing bass to emulate the kick and snare of a drum. First, he would strike a string with the knuckle of his thumb to make it bounce off the frets, and then pull a string off the fret board and allow it to snap back down. The percussive technique became known as “slap,” and was an integral part of funk, and an infamous part of rock. 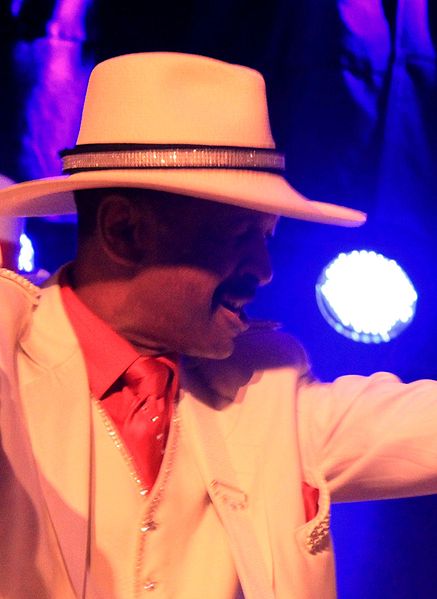 In this sample octaves are played finger style and then as slaps and pops:

In this example a funk octave riff is played finger style, and then using slap techniques and “hammer-ons”:

Join me next time for more about hammer-ons.

If you look at the waveform of the above sample (for example, using the free audio editor Audacity), you will see that the slap style is louder than regular finger style, and it has very loud peaks like a percussion instrument.

Now it’s time to test your newfound appreciation of playing techniques – we have a simple quiz for you.

We’ll sneakily peek ahead to the material from our next installment, to introduce you to tapping: this is when notes are sounded by tapping the strings hard onto the fretboard with either hand. See if you can pick it out by ear in the quiz, and come back next time to learn more about tapping techniques.

How did you do? Good or bad, share your score in the comments below!
Any problems with the quiz? Please let us know.

Learning to hear slap bass techniques will definitely broaden your appreciation of bass technique in music, and especially on those funkiest of riffs. 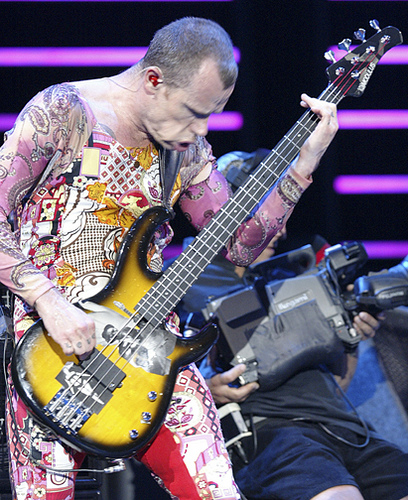 If you want to hear more slap bass, good starting points are the Red Hot Chili Peppers, Primus, Level 42, and Sly and The Family Stone.

Next time on Bass Tone we’ll look at some more key bass playing techniques: those ubiquitous slides and slurs, hammers, pull-offs and tapping. See you then!