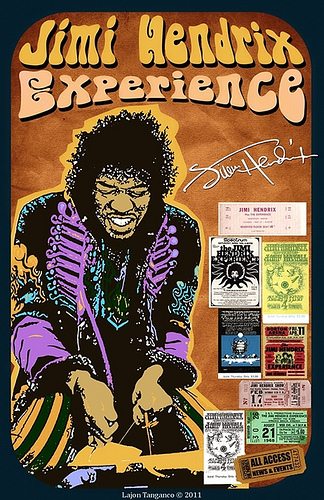 Last time on Bass Tone we looked at how you can use EQ, compressors, limiters and overdrive effects to craft your perfect tone. There’s a whole wild world of audio effects beyond these though. Traditionally reserved for guitarists, the effects we’ll be looking at this week can now be part of any bassist’s arsenal, as manufacturers produce bass-specific versions of their famous effects.

“Modulation” effects mix the original signal with a processed copy which varies over time. The type of processing done determines the type of modulation effect produced. For example, a chorus effect delays the copy, and continually changes the delay length in a random sort of way.

Modulation effects tend to be less popular on the bass than on guitar or keyboard. The main reason for this is that the bass line is so central to the mix of a rock record that producers often want to avoid the washiness and lack of punch that excessive modulation can cause. However, the additional clarity in the high frequencies that the modern bass amplifier provides, coupled with the range of extremely high-quality specialist bass effects on the market, means that these issues aren’t really the problem they used to be. 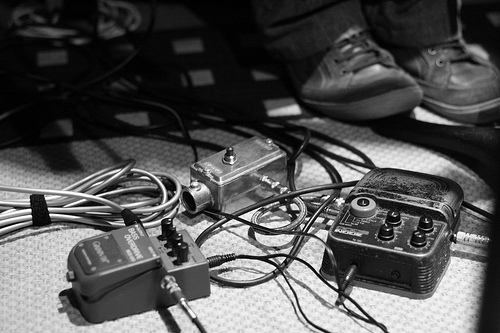 That said, if you find yourself playing live with less-than-ideal PA, or your bass effects are not of the highest quality it is very important that you keep your modulation effects subtle to ensure that you’ll still be heard clearly.

Chaining many effects pedals together can also introduce noise into the signal, and a significant loss in level (volume). If you plan to use a lot of FX, consider using an active bass where the much hotter output will keep the signal-to-noise ratio higher and prevent that horrible ‘frying bacon’ sound all musicians loathe!

The most popular modulation effect on bass is chorus, which can be used to add a shimmer to bass tone and really brings out harmonics. It is especially popular with fretless bass players because of its use by Jaco Pastorius.

The chorus effect was designed to simulate multiple instruments playing in unison. It works by blending in a delayed (and sometimes pitch-shifted) version of the original signal. The amount of delay and pitch shift slowly change, adding the characteristic shimmer to the sound.

Bass players tend to avoid excessive modulation effects, as they can cause the bass to disappear in the mix. If you do decide to use a chorus, a high-quality analogue unit is more likely to enhance your tone without washing it out.

Here a subtle chorus effect is used to add shimmer to a bass riff containing bass chords and harmonics aplenty:

Flanger adds a jet-plane ‘swoosh’ for those all-important psychedelic moments.

The flanger works by mixing a signal with a very short delay back into the original. The length of the delay varies slowly and smoothly, creating a swooshing effect. A phaser is a similar-sounding effect that (as its name suggests) uses a sweeping phase shifter.

As the flanger sweeps, it changes the prominence of different frequencies in the sound. This is why a flanger’s sound is exaggerated when combined with a fuzz pedal or distortion.

Here a repetitive riff is enhanced with the addition of some flange (set to a low rate) to add some interest:

Wah-wah is one of the most popular effects on bass probably because of the outrageously dirty p-funk of  Bootsy Collins, who shaped the sound of the 1970s with nothing but six-inch platforms, a star shaped bass, and a red-hot wah-wah.

Much of the wah-wah’s appeal comes from its well-known ability to emulate the human voice, but what is the magic in this little circuit that does this? Rather than delving into electronics, let’s see what happens inside your mouth when you speak.

I’m going to make a slightly strange request now, but please play along – as your bass tone education depends upon it! I would like you to all repeat after me: “Wowowowowow”. There’s no need to feel silly!

Think about what happened in your mouth while you made that sound. The spoken word “wow” consists of the “OOH” and the “WAH” sounds. People interested in phonetics call them the “voiced sounds,” meaning that your vocal chords vibrate when you say them (touch your hand to your neck while you say them if you don’t believe me). Compare that to the sound, “shhhh,” which does not produce any vibration in your neck. 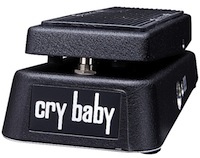 As you repeat the “wow” sound, nothing really changes in your vocal chords; they just keep on vibrating in the same way. What does change is the shape of your mouth and lips. Specifically, as you change from the “OOH” to the “WAH” sound your mouth opens. Your mouth shapes the sound as it passes through in the same way that a guitar’s body and sound hole shape the sound of the strings as they vibrate. As your mouth changes shape, the sound waves that are the same size as your mouth resonate, or you could say that your mouth reinforces the sound waves that are the same size as the inside of your mouth. This so-called “resonant peak,” moving up and down, is what makes the word “wow” sound the way it does.

A wah-wah circuit does much the same as your mouth, by taking a particular frequency in the sound and boosting it so that it jumps out (that is why wah-wah makes you stand out in the mix). As the frequency moves up and down, your brain hears the distinctive sound of the word “wow.”

You can control a wah-wah effect in two ways: the first uses a pedal to manually sweep the filter as you tilt your foot, and the second uses a so-called “envelope filter,” or “touch wah.”

The ‘octaver’ is one of the most popular bass effects. Unlike guitar effects, where pitch shifters include other harmonies, bass parts rarely lend themselves to harmony effects in thirds or fifths. The popular bass gear manufacturer Ashdown considers the sub-octave effect so essential that they actually incorporate it directly into several of their amps. 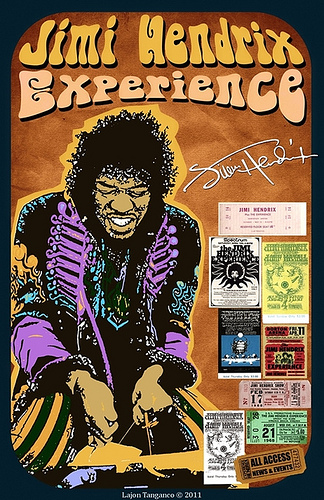 Octave pedals double or halve the frequency of the incoming bass signal and blend it back into the original bass sound. The octave down (or sub-octave) effect is the most common, adding fatness and allowing bass players to reach lower notes without needing a fifth string. Octave up effects can simulate an eight-string bass (an instrument with doubled octave strings, analogous to a 12-string guitar), or to fill in while the guitar player takes a solo. A (sadly) discontinued pedal made by Akai, called the Unibass, went so far as to add a fifth and distortion to the octave higher sound, to emulate a guitar playing power chords in unison with the bass!

We tend to think of pitch-altering effects (such as the painfully overused vocal Autotune) as relatively modern phenomena, but octave pedals have been around for a long time. The electronics guru Roger Mayer made the original one for Jimi Hendrix. These basic analogue circuits worked by locking onto the incoming note and generating a synth-like square wave at half the frequency, while such newer designs as the EHX POG use a digital pitch shifter algorithm.

Each style of pedal has its own pros and cons. Analogue octave pedals can’t cope with chords, and can have trouble tracking notes across the range of the instrument, but digital pedals lack the synthy fatness of the best analogue designs.

There are a number of other effects that can be used on bass but are far less common. Examples include:

For more information on audio effects, be sure to check out the Hearing Effects series.

What effects do you use on your bass? Any tales of triumph to share, on the stage or in the studio? Leave a comment and let us know!