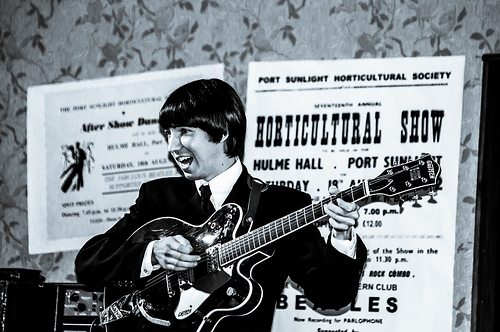 So we’ve all been told at some point that a good popular song is defined by a great chorus, some mellow verses, and maybe a bridge or instrumental. I am not denying that this verse-chorus structure is often very successful (and has brought us some great music), but can’t we sometimes be a bit too comfortable? Isn’t it nice to sometimes be surprised by the unexpected? This article aims to help songwriters step outside of their self-made metaphorical box with some help from some well-known (and some less well-known) masters of the craft. This can also be a great cure for writers block…

Each example used here refuses to conform, and fails to use a chorus or seemingly doesn’t follow any structure at all. The article will establish how each example differs from the norm, and tries to answer the question “Why does it work?” or maybe “Why doesn’t it work?” Below this are 3 different styles and songwriting structures, a band/artist that best encaptulates each one, and an explanation on what makes the music successful, or ‘gel’ together with the absence of a chorus.

Squeeze – Up the Junction

Squeeze are a British band from the 1970s. In ‘Up the Junction’, they completely ignore any concept of a chorus, and instead leave the listener with the same very simple melody and three chords pretty much on repeat for three minutes. This is still a well-known and popular song, so how does the song manage keep the audience’s attention?:

The Beatles – A Day in the life

The Beatles are probably still the most well-known popular band, and are well known for their variety of catchy tunes as well as their periods of ‘breaking boundaries’, but they commonly use unusual structures in their songs. This song is split very clearly into 3 parts. The structure can be labelled as A-B-A, which depicts a second section being sandwiched between two versions of the first section. This is commonly used in classical music, and is referred to as ternary form (because of the three sections).

So why does this work?

The two sections are distinctly different from one another, so to hold it together an orchestral section was introduced and the instrumentalists were invited to improvise. This, instead of sounding random, creates a ‘dream like’ feel to the music, and when the second section comes in with “woke up, got out of bed”, it seems quite fitting. This is a great example of music and lyrics working seamlessly together. This bridge between the sections was accented by a use of audio effects (Particularly reverb):

Also, although the move away from the first section is at first a little disconcerting, it makes the move back to it at the end more gratifying, making the song feel ‘complete’ and creating an ‘audio journey’ for the listener.

Fiona Apple is an American singer-songwriter, and is reknowned for
her alternative piano and vocals, often adopting both jazz and classical styles within her music. Her song “waltz” is a great example of a song that positions itself around the instrumental rather than the other way around. The song has several demonstrable features that lend itself to this structure:

There are loads of exceptions to the rule that create some of the best songs around, so it is important to sometimes find joy in the unexpected! So whether you are looking to expand your writing skills, try something new or looking for any cure to that dreaded writer’s block, give it a go for yourself!

There are plenty of other examples out there if you listen closely – Can you think of any other good examples?