10 Steps to Learn to Play Violin By Ear

by Guest Expert | Playing By Ear 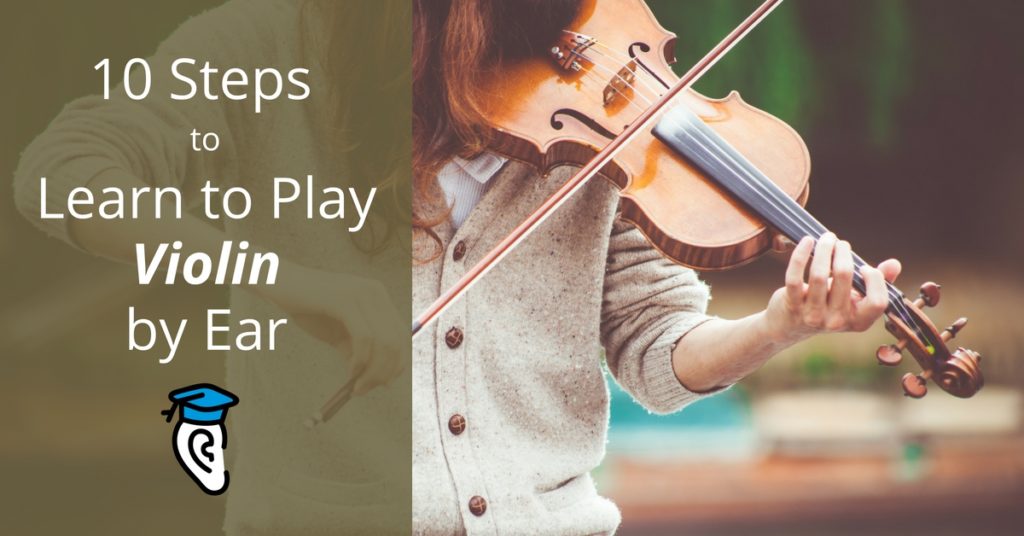 Are you ready to branch out from sheet music to start learning songs you like or tunes you’ve heard by ear? Playing violin by ear is a skill that can take years to get comfortable with, so it’s a good idea to start experimenting with it early on.

These 10 steps will help you get started!

If you’re learning an existing song (rather than playing something you made up in your head), it’s a great idea to listen to a recording of that song while you try to play along.

Keep in mind that it will be easier to play along with a recording of a violin, rather than another instrument playing it. Look on YouTube to see if you can find a video of a violinist doing a cover of the song. If it’s a popular song, you should definitely be able to find some videos you can use.

Once you’ve found a recording of someone playing the song on violin, you can use it to help you learn the song.

When you learn from a recording, it’s important to listen to the recording a few times before you even start trying to play the song.

As you listen, figure out the structure: the verse/chorus structure (if any), time signature, repeated patterns, dynamics, and so on. Listen to the song until you practically memorize the melody.

Eventually, you’ll want to try to play the song from memory, without the recording, so that you can attempt to figure out the notes on your own. 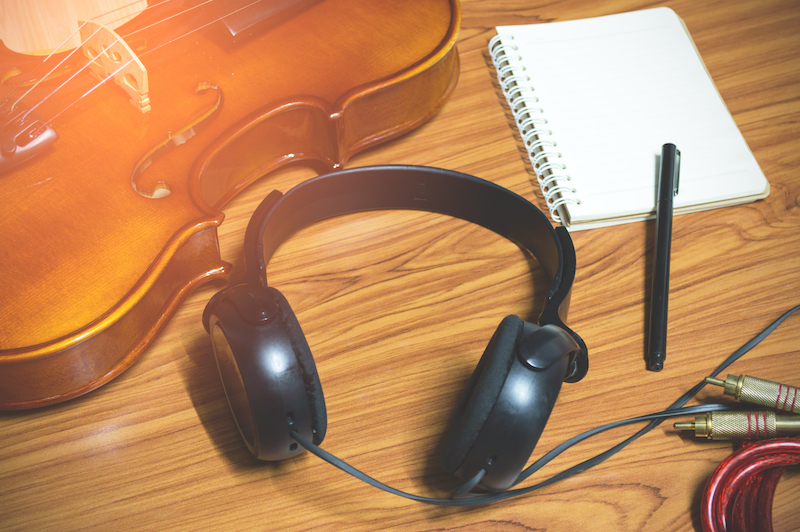 Sing along! It doesn’t matter if you don’t think you have a great singing voice. If you can sing the tune of the song, it will be a lot easier to translate to your violin.

Try singing little parts of it and then find those notes on your violin – sing it slowly, note-by-note if you need to!

Try to figure out the key of the song. If you start playing random notes along with the song, you’ll notice that some seem to work while others don’t. Use your intuition and take note of which sharps and/or flats fit the song, and then try to match those with a scale that uses the same set of sharps and/or flats.

For instance, if F# and C# work and all the other notes you’re using are natural, then you know the song is in the key of D Major – or its relative minor scale B minor – because those are the same notes that the D Major and B minor scales use.

If you aren’t familiar with a lot of scales, get a scale chart and start memorizing which sharps and flats many of the common scales use. Keep in mind that a song can change keys more than once, so you may need to figure out different keys for different sections.

Focus on segments within the song. After you’ve learned the song note by note, then play the first line or the first section of the song.

Once you have all the little snippets of the line down, try stringing them together, over and over again, until the song starts to take shape. Just focus on getting the basics down first and don’t worry about getting fancy right away.

Now it’s time to have some fun!

When the song sounds pretty complete and you’re able to play it confidently, then you can add the icing on the cake – things like trills, slides, vibrato, and other stylistic features to enhance the song. 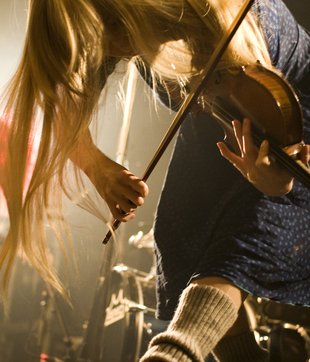 There’s more to playing violin by ear than just playing familiar tunes. Making up your own songs or just experimenting (called “noodling” in music-speak) are great exercises to get the creative juices flowing.

If a tune or idea for a melody pops into your head, just go for it and try it out on your violin. Don’t be scared to mess up. Remember, it’s your song, so there’s no way to mess it up!

You can also try playing random notes on your violin until you come up with a series that is pleasing to your ear and see where it goes from there.

Have patience. Don’t give up if your song isn’t coming together right away. Keep in mind that many seasoned pros practice playing violin by ear for years before they ever venture out on stage or perform in front of people.

Make sure to pick something appropriate for your level. It’s a good idea to start off learning simple songs and progressing from there. Even if you pick something simple like “Twinkle Twinkle Little Star,” that’s a step in learning how to recognize notes and match pitches.

Make sure you do a little each day so you can build on where you left off. Just like studying for a test, it’s good to go back and review what you’ve learned each day.

Try to learn a couple of lines a day, and before you know it, you’ll be able to play a full song! 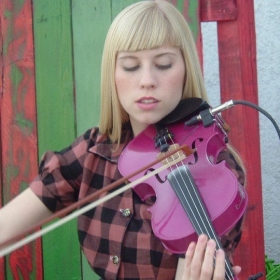 Naomi Cherie is a violin teacher with TakeLessons, the largest online marketplace that connects music teachers and students for in-person and online lessons. Naomi teaches beginner to intermediate violin lessons and has been teaching for over 15 years.