Home » Play Chords By Ear Mini-Course » Lesson 1: How to Play By Ear

Play Chords By Ear Mini-Course
Lesson 1: How to Play By Ear

Note: Today’s lesson is a “Learn” lesson because it’s vital to get clear on the concepts before we start. But don’t worry! From tomorrow onwards we’ll be getting into the Practice and Apply for playing chords by ear.

Have you ever wished you could take any music you hear or imagine, and immediately be able to play it on your instrument?

It’s a dream for many musicians – but it’s a much more realistic and obtainable dream than you might believe.

This lesson will change the way you think about playing by ear.

It isn’t a magic quick-fix solution and it’s not going to let you play by ear perfectly overnight.

Learning to play by ear is about bridging the gaps between:

Playing by ear is the ability to bring what you hear in your head
out into the world through your instrument.

Like so many things in music, learning to play by ear is something which is enjoyable and rewarding from the very beginning – if you do it right!

How to Play By Ear

Like many topics in learning music, playing by ear is wrapped in far too much misinformation and confusion.

The idea of having to play something by ear without sheet music as a crutch strikes fear into the hearts of many musicians!

There is no need for this.

Playing by ear is not something which should ever feel intimidating to you as a musician.

If you take just one lesson from this course, let it be this:

The best way
to learn to play by ear is to…
play by ear!

This may at first seem like a trite over-simplification – but it is vital that you really absorb this point if you want to learn to play by ear.

People all too often assume that playing by ear is magic. A “gift”. This happens because some musicians are naturally more able to play by ear than others, and those who can’t do not really under- stand how it’s done, or how it could be learned.

Despite these common misconceptions, playing by ear is not magical.

With practice it can become instinctive and effortless, and seem magical. But it is in fact a skill which can be learned. Learned by any musician, including you!

You’ll recall we defined playing by ear as the ability to bring what you hear in your head into the real world. When you put it like that, it doesn’t seem so out of reach, does it?

Let’s start by exploring the basic process for developing this skill.

How do you learn to play by ear?

As you may have guessed already, the answer is a simple one. It’s the same answer you get when asking directions to Carnegie Hall.

In fact, it’s the same way we as humans can improve at pretty much anything we set our mind to.

Take any musician who’s played an instrument for more than a few months, and they will have, at some point, tried to work out a tune they don’t have the sheet music for.

Whether they realise it or not, they have begun their journey to being able to play by ear!

Sadly most musicians won’t persist very far, and instead just stick to the sheet music their teacher provides…

Little did they know, they’d stumbled onto the secret of being able to play by ear:

As you start learning to play by ear, it’s essentially a process of trial-and-error. Or, more accurately: “trial and improvement”.

Your aural skills are good enough to tell whether you’re getting it right or wrong (this is the vital first step!) but your skills aren’t yet good enough that you can get it right first time.

We Can Work It Out

At this stage it’s more like “working out a song by ear”.

You do reach the point of playing the song, and you have done it using your ears alone (kudos!), but generally when people say “play by ear” this isn’t quite what they mean.

They mean you can skip the trial-and-error process and nail it first time.

This isn’t a different skill!

As you practice more with the trial-and-improvement method, you’ll find yourself making fewer errors – and the whole thing becomes much less of a trial!

This is a free lesson based on the Start Playing By Ear module of Musical U. 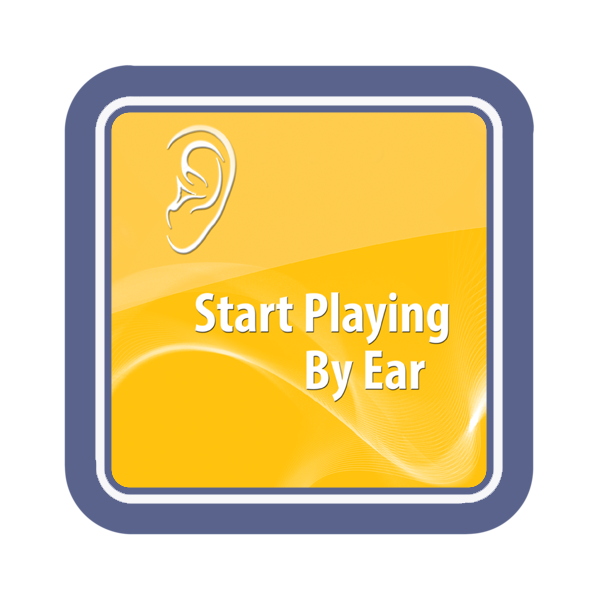 This free lesson is based on the Start Playing By Ear module of Musical U.

“This module was the break through point for me! I’ve been doing drill exercises for so long that I forgot to actually transfer it to real music! Brilliant stuff, thank you!”