Home » Music Theory » What’s the point of the Circle of Fifths?

What’s the point of the Circle of Fifths?

Have you ever wondered why there is so much fuss about the “Circle of Fifths”? Most musicians have heard of it, but few take advantage of its power…

You can learn it quickly, and apply it in a lot of helpful ways. Although it looks complex and strange at first, you will find it is actually very relevant to your day-to-day musical life. The trick is to learn the useful patterns hidden inside.

What is the Circle of Fifths?

The Circle of Fifths is a diagram from the world of music theory. We draw it as a circle, but it is essentially just a sequence of note names:

Notice it repeats. So memorise just “F C G D A E B” and you’re all set! 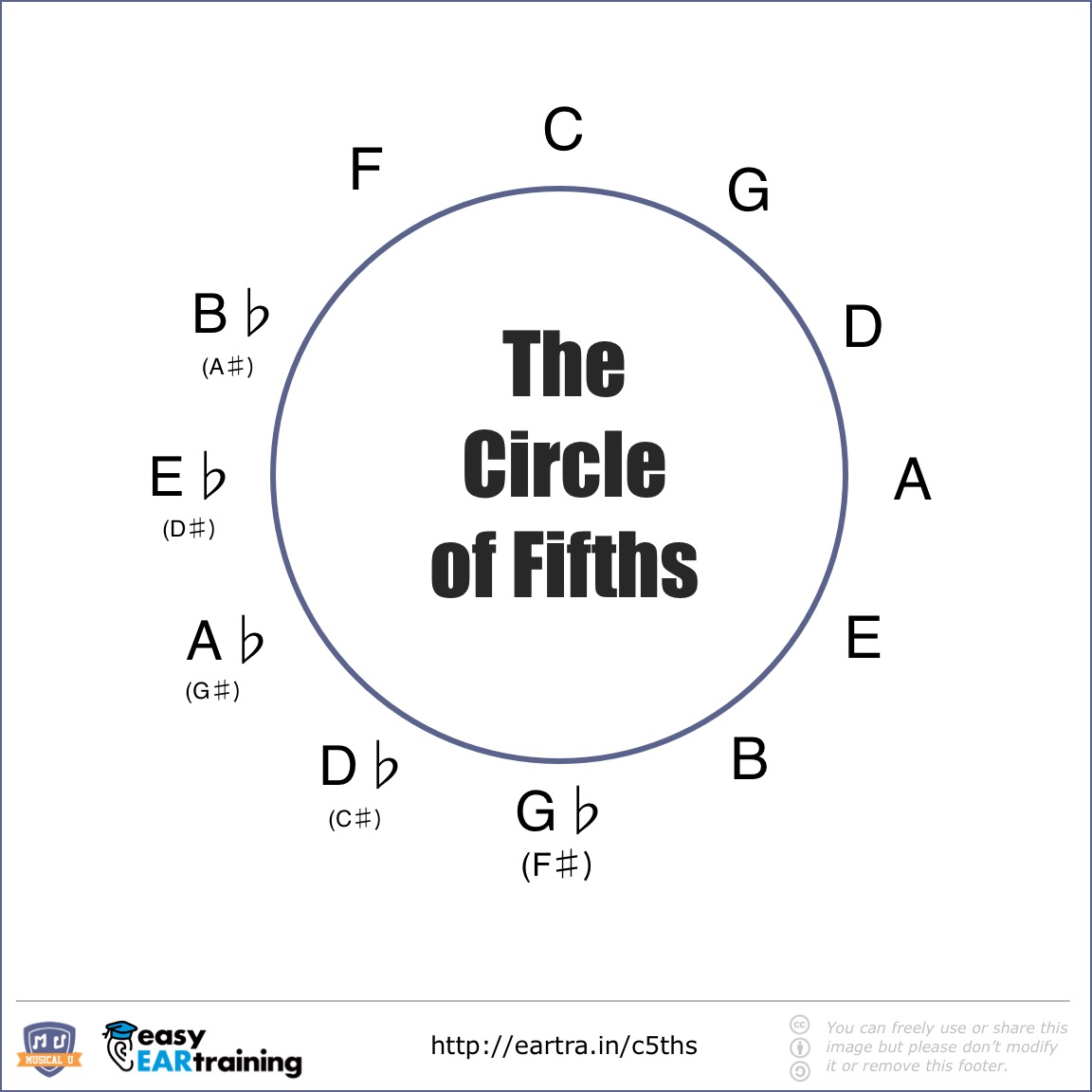 Why is the Circle of Fifths useful?

The circle can seem complex or abstract. So what is actually the point of it, for musicians?

The sequence of notes you just learned may seem random but it’s actually carefully chosen and rich with meaning.

There are patterns in the circle which reveal the notes and chords that go together in music. This means that learning the circle and its patterns can help you improvise, write music, and play by ear. 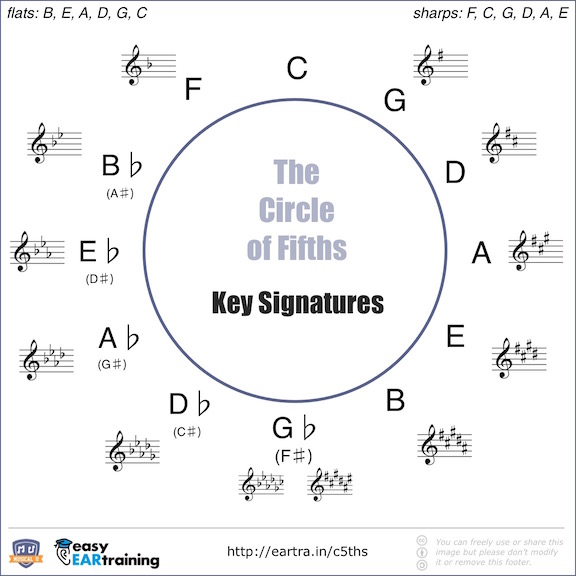 The order of sharps and flats also follows the pattern you just learned!

Example: D Major has two sharps because it is two steps clockwise from “C”. The sharps are F♯ and C♯ (because F C is the start of the sequence F C G D A E B).

This means you can use your knowledge of the circle to easily remember the sharps or flats that belong in a key, or to identify the key from the key signature.

Each major key has a corresponding minor key called its “relative minor”. The relative minor shares the same key signature (i.e. accidentals) as the major key.

On the circle, the relative minor lives three steps clockwise from the major.

Example: A Minor is the relative minor of C Major. How do you know? Count round 3 steps from the “C” at the top of the circle and you land on “A”.

Pattern 3: The IV and V Chords

The sequence of notes in the circle is actually a sequence of perfect fifths, hence its name, “Circle of Fifths”.

Example: G is a perfect fifth above C because “G” is one step clockwise from “C” on the circle.

Example: F is a perfect fourth above C because “F” is one step clockwise from “C” on the circle.

This pattern lets you easily identify the IV and V chords in any key, which are the most commonly-used chords after the tonic (key) chord, I, itself.

Knowing this makes it far easier to play chords by ear, as you immediately know the I, IV and V for the key you’re in.

Pattern 4: The Root, Third and Fifth

The most common notes used in melodies and improvisation are the root (a.k.a. tonic, or key note), the third, and the fifth notes of the scale.

You already know how to find the fifth: just move one step clockwise around the circle.

To find the third the pattern is: move 4 steps clockwise.

Example: E is the third in C Major because “E” is 4 steps clockwise from “C” on the circle.

You can use this to construct triad chords or to help you play or improvise melodies by ear.

There are more patterns hidden in the Circle, waiting to be unleashed. For example, you can find the other notes of the scale, or the next most common chord, the minor vi. Check out our Ultimate Guide to the Circle of Fifths to dive even deeper in and learn all the tricks the circle has to offer!