Voice is the New Synthesizer of Choice for Producers 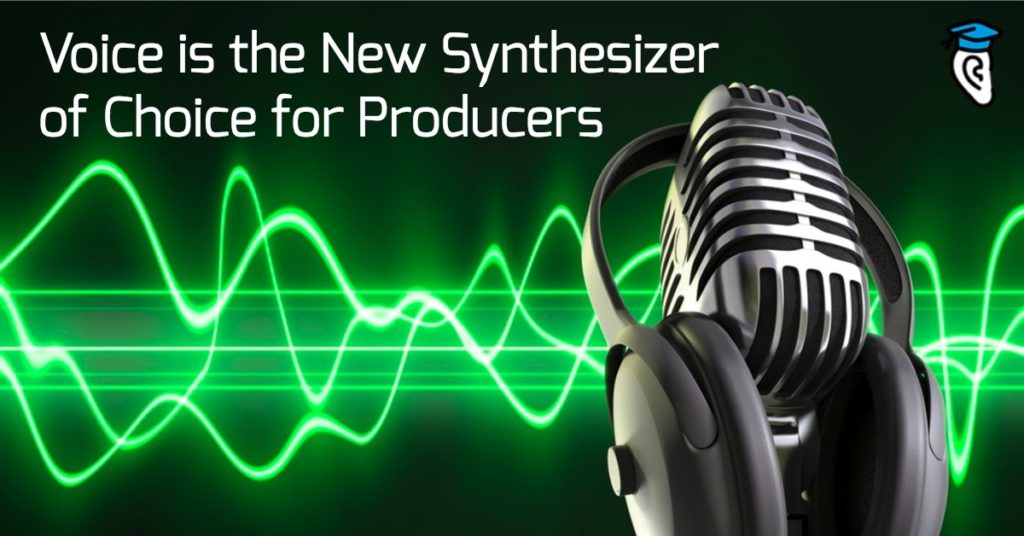 You might not have noticed yet, but music production these days is becoming more and more reliant on digital technology and a Do It Yourself approach. There are several reasons for that: perhaps the most important one is the accessibility of tools formerly only available to the chosen few.

You don’t need to have access to a full blown studio to create a commercial-sounding and professional record. You can do it all at home with your bedroom monitors, computer, some software and a pinch of passion. Universal availability of software has created a legion of sleepless zombies (hmm, I mean “artists”!) who tirelessly lurk on the vast music-scapes, searching for sound and searching for ways to express their emotions. 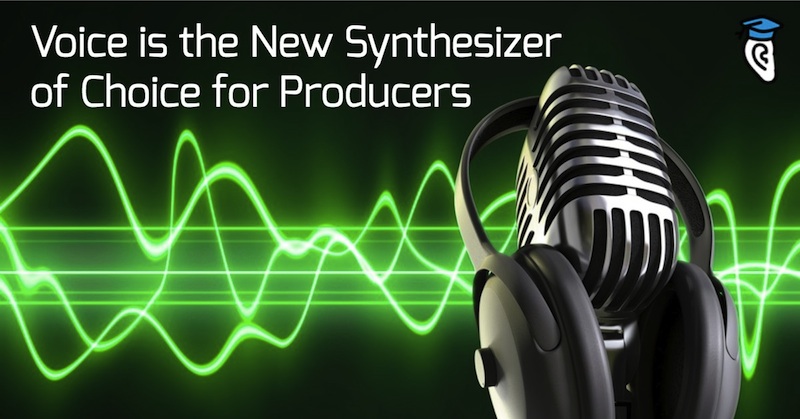 In this article we will explore one of the newest techniques used to create sound. The technique itself has been around for a while but is only now receiving the recognition it deserves for its immense potential and sound design capabilities.

The answer was right in front of you all the time, the answer is within you… it is your voice!

What are other ways of using your voice besides “conventional” singing? Well, I guess, we are all familiar with various Vocal Pad Synths and such, but these only scratch the surface and would be rather boring. A true revolution is hidden behind sampling the human voice and processing it to create one-of-a-kind and unique sounds.

Let’s dive into a little bit more of the details here. Where does this technique come from? As usual, it all starts with artists messing around and stumbling upon hidden gems in the process of making music. There isn’t one single voice synth messiah who comes to mind immediately; rather a continuous process of decades of screwing around with sound till this method evolved into a coherent technique. What followed naturally is particular artists adopting the process and making it part of their signature sound.

Voice as an Instrument

I first noticed the voice used as a synthesizer in a famous record by M83 called “Midnight City”.

The record immediately starts with a synthesizer hook melody played over suspended chords. Notice the timbral qualities of that melody, what can you say about it? There’s plenty of distortion applied to the sound, but beneath that effect is an actual voice sample.

So, how do you turn your voice into an instrument apart from simply singing? We’re going to take a step behind the scenes and look into what goes into the process of transforming your voice into a source of never ending sonic capabilities.

While there are ways of using hardware gear for this, for our purposes we are going to stay “in the box” (on the computer). Reasons are: “in the box” is way easier, voice processing gear is rare and pricey, and there are far more options to manipulate sound using your beloved computer.

To start using your voice as an instrument you need to have it recorded and be able to access it in any of the major audio formats. What happens next is rather simple: load your recorded voice (or any vocal sample) into any software based sampler and Voilà! You are ready to go!

Most sampling instruments are already included into any DAW (Digital Audio Workstation). A sampler is a VST (Virtual Studio Technology) that acts as an instrument with an ability to load and play back pre-recorded audio clips (samples). There are numerous types of samplers, some can’t make sound without anything being loaded in, some have in-built waveforms and can play sound on their own, and all of them offer different modulation options of various levels of complexity.

Check out “Haze” by PRXZM, re-worked by Cuboid. Go to [1:26] to hear the example of one of the ways to use your voice as a synthesizer: you can hear chopped bits of reverbed vocals used to play the main melody. In this case the vocals are used to play staccato notes.

How do you tell if that’s a sampled vocal and not a synthesizer? The timbral qualities our voice has to offer are very unique and very different. In some cases you can tell immediately while in other cases it can get very tricky. Making sound with our voice is a very complex process and a lot goes into it: the amount of air you push, all the possible reflections that happen to sound on its way through your mouth, etc.

Here’s an example where vocal processing is used in a slightly different manner. This record is for all of you feeling underground hip-hop vibes right now.

In this particular example go to [0:40] and pay attention to the melody played over the vocals and the drums. It is also a vocal sample processed with a sampling instrument. This time it is played a little more sparsely and with pitch slides added to it. This technique has become really widespread in recent years as it provides unique timbres and helps your music to stand out.

Again, how can we be so sure that this is voice? If you pay close attention to that melody you can hear a certain attribute that is unique to our voice. It is called formants.

The following description is taken from Wikipedia:

“A formant is a concentration of acoustic energy around a particular frequency in the speech wave. There are several formants, each at a different frequency, roughly one in each 1000Hz band. Or, to put it differently, formants occur at roughly 1000Hz intervals. Each formant corresponds to a resonance in the vocal tract.”

The ability to recognize the source of a sound comes from being exposed to as much music as possible. Messing around with any of the synthesis types yourself will make it crystal clear why certain things sound the way they do.

Now, wanna hear something even crazier? I want to show you just how wild you can get when using voice a synthesizer.

This record is by an amazing Swedish singer Elliphant, featuring famous EDM producer Skrillex. Jump to [1:00]: the vocals are used as huge synths with an LFO (Low Frequency Oscillator) applied on top and this is what gives the sound the wobbly quality

Skrillex is known for bringing the craziest sounds to the music industry and is partially (alongside Diplo) responsible for this technique making its way into pop music today. Almost everyone is jumping on the voice synth hype train to use it. Jack Ü’s hit “Where Are Ü Now”, featuring Justin Bieber, and produced by Diplo and Skrillex, revived Justin’s career and initiated the new sound for pop music to come.

At [0:07] you can hear how vocals are being chopped and screwed around with a bit to create an interesting and glitched melody. What happens further in the song really inspired a whole new sound in the music. Go to [1:08] and you’ll hear something that 99.9% of listeners still think is a flute but is in reality processed vocals. Taking the sound manipulation to an extreme!

As you can see the possibilities are virtually limitless! The sound you can achieve with your voice can be what defines your signature brand and opens all the roads in front of you. Take time to experiment and enjoy the process, you will be surprised just how rewarding it will get!