The Sound of New Indie Music 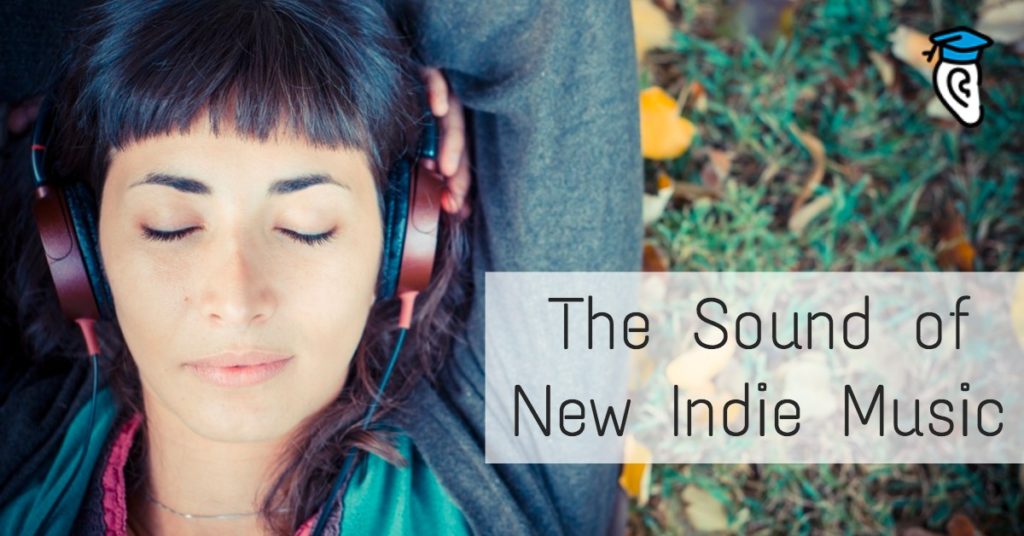 We live in a very interesting time. We’re on the verge of something great, on the verge when technology is booming and profoundly impacts our world – the world of sound that is. If you cross-reference the music from hundred years ago you would get jazz cats wielding their saxophones, trumpets and double basses. Go back 200 years and you submerge yourself into the era of Romanticism in music. Each period was resonating with artist’s immediate surroundings, causing them to reflect on their experiences with the world.

What about now? Are we the new Beethovens and Charlie Parkers of our time? I say, yes, we are.

Instead of sheet music we use our laptops to preserve our ideas. We have no need to work for noblemen to get funds to access an orchestra, instead we have it all “in the box” – a term referring to relying solely on your computer to produce music.

Let’s take a look into what goes into contemporary music production today, where the scene came from, which techniques are being implemented and what has become part of the arsenal of a modern day music warrior.

We want to take a look into instrumentation and production. Some of you may not agree, but it seems that the era of acoustic instruments is approaching its dusk. There are several reasons for that.

One of those and possibly the most important would be the sound itself, here we are talking about the timbral variety we are able to access today. Even with audio processing effects, you can only squeeze out so much from a regular acoustic instrument. Considering that these have been heard since the inception of music it can get a little boring.

So what is the alternative? Welcome synthesizers! Here, we are not talking about hardware gear but we are talking VSTs: Virtual Studio Technology. Your “in the box” instruments can play the sound of any other known instrument and also, by using various synthesis techniques, create sounds that have never existed before!

Check this remix by Louis The Child on Oh Wonder’s “Body Gold”. Jump to [0:29] to get a taste of what we are talking about. The tune is influenced by a new wave of sound called Future Bass started in Australia 3 years ago by Flume. The vocals are the embodiment of modern indie sound layered on top of sparse percussion and subtle moving Rhodes piano chords.

This record explodes every time it hits with those airy synths. How would you describe the synths’ sound at [0:29]?

There are several ways to achieve that sound via synthesis techniques. It reminds me slightly of the wah-wah sound used on guitars but it is far more crisp and clean. This sound is achieved by applying LFO (Low Frequency Modulation) on Filter and Amp parameters in your VST (plus messing around with your waveforms of course). There isn’t always a certain way to tell which type of synthesis was used in a song, but most likely it’s either with Subtractive, FM (Frequency Modulation) or Wavetable synthesis.

Our next example to display a fresh sound is a record by Hotel Garuda called “Smoke Signals”. A great Deep House and UK House-influenced tune. What would you say about the stabby sound coming in at [1:02]?

While this sound can be achieved on hardware gear, the chances are that this was made using Subtractive or Wavetable Synthesis. Musicians don’t always have access to hardware gear as it can get pretty expensive to buy. The stabby quality comes from fast attack parameters on Amp envelope and on Filter as well.

A Full Orchestra In Your Backpack

The majority of records today rely on “in the box” production because of how handy and affordable it is. When it comes to techniques being used to produce an indie record, or a song of any other genre for that matter, here we still rely on a 3 stage process:

The availability of VSTs in the market and the sound capabilities they offer has made people grow extremely fond of this opportunity. The rules behind music are still the same. The foundational melody, rhythm and harmony practices are preserved, but our thirst for new sounds and new emotions can never be fully satisfied.

The means of achieving new sound are limitless. Here’s an example of a hyped-up technique called “re-sampling”. While this technique was developed back in the 20th century and used first by experimental composers and then by DJs and producers, now is the time when it’s really booming and it’s the latest source to get the craziest sounds.

Check this tune “IOU” by Annabel Jones which was reworked by AObeats. Jump to [0:59] to hear the sound. It’s a distorted vocal line put into a sampler. This gives an interesting timbre to play around with. The possibilities when screwing around with sampled vocals are limitless.

The inspiration for this new wave of electronic artists comes from all corners.
With the widespread availability of Digital Audio Workstations (DAW) in the market you have a technology of a full blown recording studio and an orchestra, all fitting in your backpack.

Here’s a great tune that combines the best from the world of acoustic and electronic music production. Heavy bass synth leads accompanied by mute guitar pentatonic runs, and all neatly sprinkled over with an amazing percussion work. Such a splendid record by Ben Khan called “Eden”!

We should mention again just how important Flume has been for the development of the scene. After dropping his highly successful self-titled debut album the world of indie has never been the same. Most notoriously known for heavy acoustic beats, airy synths and intricate percussion Flume paved a whole new inspiring world for countless of young artists.

This record is like a blueprint for any indie electronic musician today:

The drums and percussion work provide a heavy foundation for airy synths and brass on top making your head nod non-stop.

Another example of modern sound is this fantastic rework by Oshi:

It has everything: playful strings, droned bass, and a hip-hop influenced beat. This record really utilizes a trendy sound of high-pitched vocals, a common technique used in dance music genres that has now found its way into the majority of genres.

Keep an Open Heart and Ears

To sum it up, it seems like the new instrument of choice for an indie musician is going to be a laptop with further expanding into using MIDI technology for live shows. The ability to integrate VSTs into your music writing really opens up a whole new world to explore.

As a contemporary musician, knowing your ways around basic production techniques is of seminal importance. There are plenty of resources online. The best way to learn is by going through manuals attached to your Digital Audio Workstation (DAW). These usually include a lesson with basic steps how to navigate the software and make first efforts in digital composition.

Stay hyped and keep your ears open to the new music out there. For those of you wanting to find similar music check out Hype Machine, a hub featuring latest releases from hundreds of blogs. And of course Soundcloud, the number 1 website for artists to share their sound with the world.