Home » How To » Active Listening » The Art of Appreciating Accompaniment

The Art of Appreciating Accompaniment 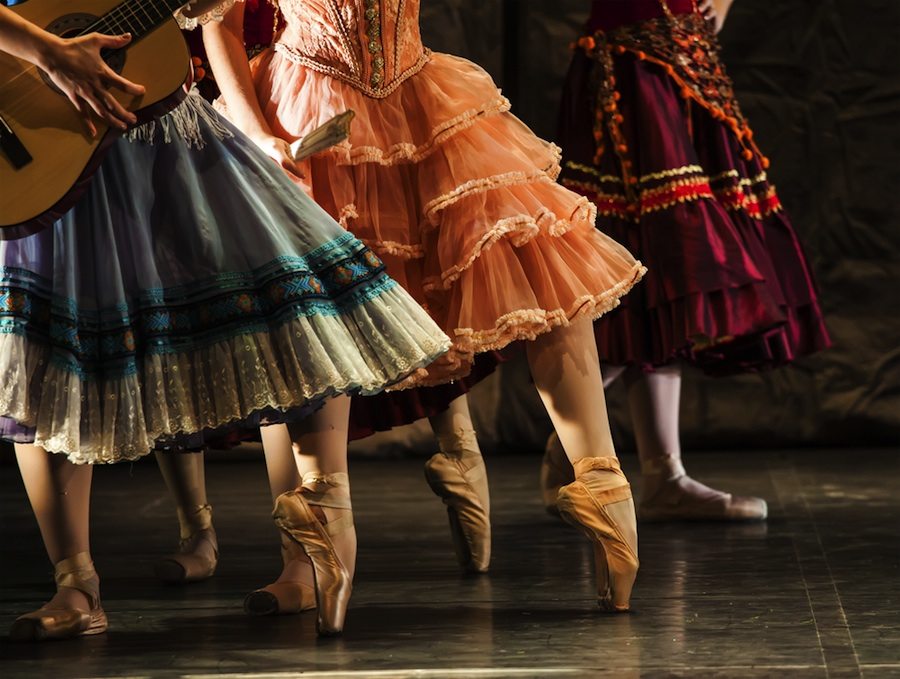 When a musician picks up a piece of music for the first time, their eyes zero in on their own line, whether that’s a vocal solo, clarinet solo, bagpipe solo, or choral octavo. It’s a natural response to look at the part you will be responsible for in a piece.

But unless you are preparing a cappella Gregorian chant, there is another stakeholder in your performance: the accompaniment. The accompaniment can be an enemy or a great friend if you know what to listen for.

Let me be clear. When I discuss accompaniment, I do not necessarily mean simply “what the piano plays”! You can be accompanied by an orchestra, the rest of a performing ensemble, or any number of instruments or voices. For the purposes of this article, I will use the word “accompaniment” to mean any music that supports the melody line. Based on my background as a vocalist, I am focusing on the singer-accompaniment relationship, but the same ideas apply equally to the instrumental field.

The Foundation of the Performance

First, foremost, and simplest: the accompaniment gives you the basic foundation of music.

You can listen to the accompaniment for your tempo and tonal center. Being able to feel these things before even a note comes out creates confidence. Many times in vocal pieces, the accompaniment sets up key changes before the singer sings into the new key. If you listen to where the accompaniment leads you, it often will direct you to your pitch quite clearly.

Composers like Mozart and Handel are especially good at making it explicitly clear where to begin singing through their accompaniment. If you listen, there is usually a big old cadence right before you come in, which can be interpreted as a giant flashing, neon sign that screams “SING NOW!”

Listen to the famous “O Thou That Tellest Good Tidings to Zion” by Handel. Although there is a long orchestral introduction, Handel makes it abundantly clear to the singer when it is their time to begin!

Listen to how the accompaniment prompts the singer’s entry

Listen and identify cues like this and you’ll be able to come in confidently every time.

Especially important for singers is the character of the piece. The one thing that singers have in their arsenal that instrumentalists don’t is using words to help us convey what the music should express.

Even if we aren’t literally playing a character, such as in a musical theatre or opera piece, the song still has character. Even when you are singing bland words about an abstract topic, there is a feeling to evoke. It may be serenity, wistfulness, longing, amazement, or any number of things, but you are always a character when singing. A huge step in singing as an artform is deciding whether your accompaniment is an extension of your character, or if the piano is its own character. Are you working together or in opposition of one another? What does the music actually sound like? What do the chords make you feel? What story is the accompaniment alone telling you? You may have to listen to the accompaniment on its own to understand how it works with your character.

To illustrate this point, I have two examples. First is “Verdi Prati” by Handel. I’ll spare you a detailed translation and tell you that the song is about seeing a beautiful landscape but knowing it is an illusion. The singer is sad and wistful about it, but is glad they got at least a fleeting image of beauty.

Listen to how the accompaniment matches the lead part

Let’s contrast this a moment with Ned Rorem’s piece “The Serpent”. Side note: if you ever want a collaborative pianist to hate you, hand them this piece! I love it. My collaborator liked it much less… This one is about a serpent who makes bumbling attempts to be a singer.

Listen to how the accompaniment is independent of the lead part

When looking at “The Serpent” however, we see an accompaniment that diverges sharply from the singer. There are moments when the accompaniment plays the parts of the birds referenced by the narrator-singer, and the frenetic energy of the piano stands in direct contrast of the narrator who stands in judgment of the ridiculousness of a singing serpent.

As singers we too often dread those four, eight, or (gasp!) twelve measures in which the accompaniment plays without us. Don’t panic! There is no reason instrumental breaks need to be scary.

First of all, listen to the melody of the break. Often it is a reiteration or variation on a melody you just sang. In addition to counting, which we singers seem to be hesitant to do for some strange reason, work out where you come in during this melody.

Sometimes it is not a melody you must listen for but a series of chords. My advice? Simply count the number of chords or listen for a specific rhythm within the pattern that leads you in.

By listening to (and hence actually hearing) the accompaniment, you also avoid another issue which is particularly common among young singers: making your audience watch you count! A very wise choir director of mine always said that the last thing the audience wants to see is a choir shuffle slowly onto a stage, but I think I would prefer even that to watching a singer stare blankly at an audience during an introduction, instrumental break, or conclusion of a song.

Once again, this comes back to listening for the character of the piece. The accompaniment is saying as much as you have been singing this whole time, and it is your job to interpret it. Is the accompaniment indicating your character is having a new thought? Is it showing you are continuing to think about that thing you just sang? Show it on your face!

Show the audience what the accompaniment means. When you just stare and blink like Dora the Explorer it is awkward for everybody.

Your accompaniment has things to tell you, but you need to listen to its wisdom.

Your relationship with your accompaniment is something which transforms you from a good singer into an artist. Those who understand how they relate to the accompaniment both on an academic level and a practical level can elevate their performance leaps and bounds.

Next time you practice a piece with accompaniment, pay careful attention. Just as you should be listening intently to your own playing, you must listen also to the foundation beneath it if you want your performance to reach its full artistic potential.