Home » How To » Song Writing » Songwriter's Secret: Delaying the Tonic, with Michael Mingoia Remember that one kid back in the junior high choir room who would run over to the piano and play all the notes in a C Major scale  except for last note and then he’d walk away from the piano? You would sit there and wait and wait until finally you or someone just had to run over to the piano and hit the final note, completing the scale.  Yeah, that guy? Well, that guy was me.

But what exactly was it about what I did that drove every kid in the choir room crazy with this strange anxious feeling? Was it because they had OCD? No. Was it because we were all music theory nerds? No… well maybe.

It was because our ears are so used to hearing The One, a.k.a. “The Tonic”, of  the completed scale. Scales are supposed to play full circle and when they are not, it can bother our musical ears. We don’t even have to be a musician to be frustrated by being left on the leading tone. Our society is so emerged in music that everyone is ingrained with the sonic pattern of the musical scale. When left unfulfilled, it can leave us with an unsettling feeling.

I’m going to show you how you can work that feeling into your songwriting to keep your listeners much more engaged. It’s no accident that your songs will sound more commercial—successful songwriters are paid well to create songs that command attention. And that’s good news if you are trying to write the next big hit.

If you haven’t guessed it, today’s topic feels like delayed gratification, or “delaying the tonic” in music lingo. You don’t have to be a music theory whiz to understand this concept. If you understand basic chord progressions, then you should be able to apply what you learn here.

You can delay gratification by arranging the chord progression around the tonic, or the I chord—”hiding” the tonic. Starting and ending a song with the I chord is expected and very common. Start a song on another chord and you’ve presented an unexpected sound to the ear. Because the ear is subconsciously programmed to seek out the I chord, we are compelled to listen deeper to the songs that delay playing the tonic.

How did this all start?

Delayed gratification has been part of hit songwriting for decades—at least back to the 60’s. The Beatles used this in many of their songs. They just rearranged the typical chord progressions of the time which made their songs even more appealing than they already were. Songs like “Eleanor Rigby”, “All My Loving”, and “Hello Goodbye” are all examples of holding back the tonic.

That is a big part of what today’s songwriting tactic is. So many artists, bands, and hit songs hold out on the I chord to keep us in aural suspense. For you, this is great news. Since this chord arrangement is key to some of today’s biggest hits, you too can shift your chord progressions to delay the tonic and hold the listener’s interest longer.

These contemporary hits each demonstrate mastery of delayed gratification:

“Elastic Heart”, by Sia, is in the key of F♯m but the chord progression starts all the way out on a D, goes to an A, and E and finally lands on a F♯m—at the beginning, rather than the end of the next lyrical phrase. So even when the I chord is reached, the melody keeps rolling on, creating a circular harmonic motion that sucks the listener in like a whirlpool, and adding to the feeling of incessant push and pull in relationships described by the lyrics.

Rhianna’s Diamonds is in the key of Bm but starts on a G, then flits by the tonic Bm for one measure, then rests on the A for two measures. The A major seems bright and floaty, like the lyrics and the winding melody.

Even though the tonic is A♭, Taylor Swift sings the entire verse without the I chord: D♭, Fm, E♭. The chorus finally hits the tonic (A♭, E♭, B♭m, D♭). This is a long time to delay the one! It builds the listener’s anticipation and when the really “catchy” chorus comes in, it  starts on the tonic. Ah, finally some resolution! Then, like “Elastic Heart”, the melody and chord progression move away from the tonic again so that you’re eagerly awaiting the return of the next phrase.

Justin Bieber’s “Sorry” hits the charts, but never ever hits the tonic! What? How can this be? Well, the answer to this question goes in a bit deeper to music theory—or at least you need to know your key signatures.

The chord progression is A♭, Cm, B♭, Fm, A♭, B♭, If you happen to know your key signatures, you can match up the melody. Every note Justin sings is from the key of E♭ and not any other key.

The listener starts up in the air, and floats through the chord progression without ever coming down to the tonic. It’s kind of like being a balloon tethered on a 100 ft. string—floating, flying, with an almost-invisible string leading way, way down to the ground somewhere below.

In this video, I demonstrate all these example songs, and I will show you clearly how they work with delaying the tonic.

Now that you have read, watched and heard my examples, you know about delayed gratification in music and songwriting. How can you incorporate this method into your songs?  My advice is to play around with it. See what works and what sounds good. You never know, you might just write the next big hit. 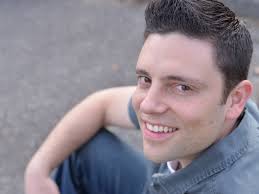 Michael Mingoia has been on stage since the age of 10. Even before leaving High School, he began to tutor his classmates in music theory, and still teaches music lessons today in person and online through his website, Michael Mingoia Music. Michael has won many songwriting contests including one national competition for CBS. In 2008, CBS flew him out to L.A. to write for Reality TV giant, Mark Burnett. As an actor you can see him on TV shows like, The Good Wife, The Michael J Fox Show, Rescue Me, As The World Turns, and others.