Playing by Ear, with Brad Mavin: Adding the 6 Chord 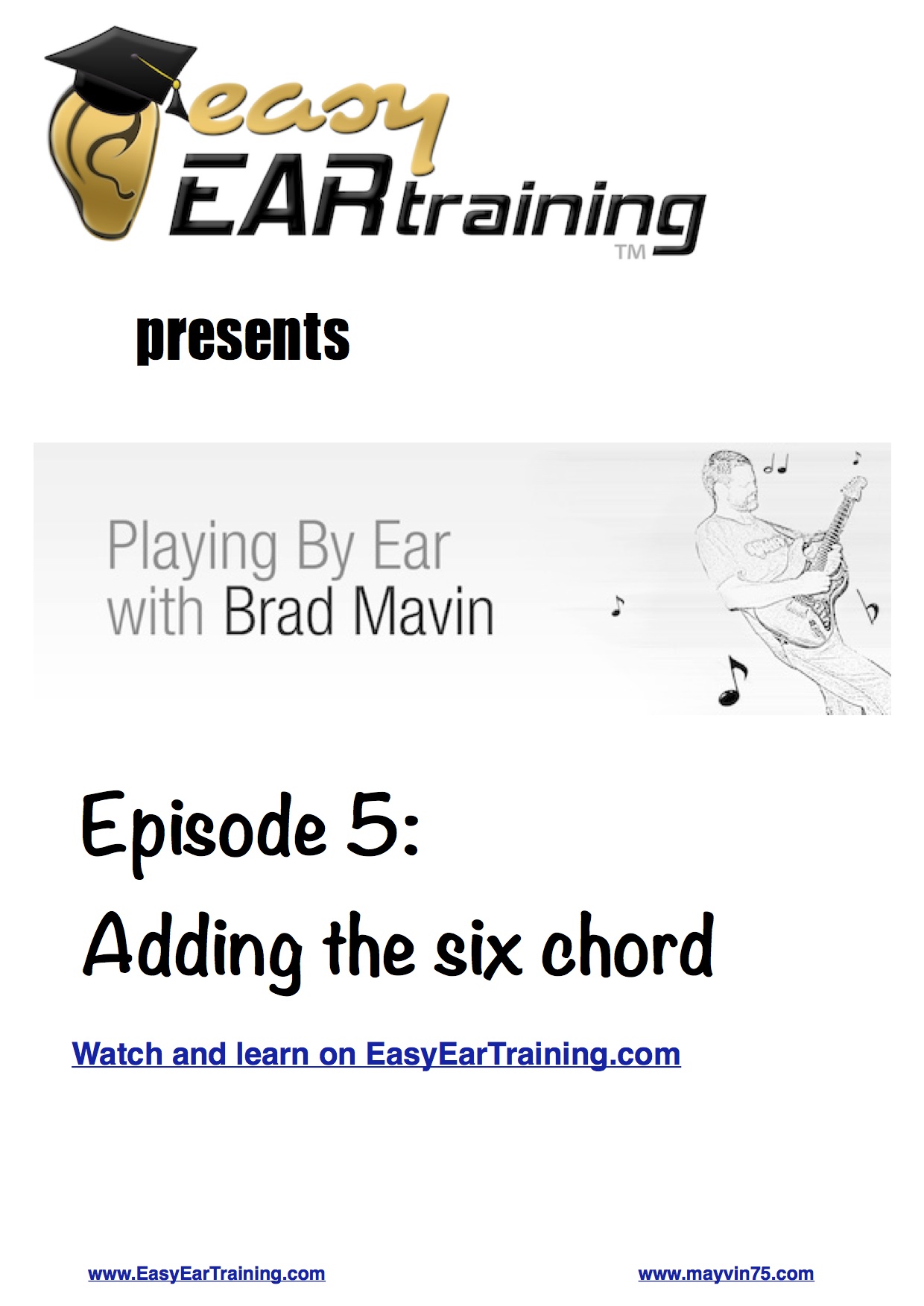 So far in this series we’ve covered the I, IV and V chords. These chords alone power thousands of so-called “three-chord songs” and they are the best starting point for chord progressions ear training.

In this new episode, we introduce the “six” chord which can add a minor feel to chord progressions. You’ll also learn how to use the Cycle of Keys to identify the four chords you need in a given key, and how to find the notes of those chords from the scale. We’ll listen to some common progressions which use these four chords and learn a few great exercises you can use to train your ear for these four-chord progressions.

If you haven’t already tuned your ear into the I/IV/V chords and the transitions up and down between them, you should go and watch the earlier videos in the series first.

Finding the chords in the Cycle of Keys

The Cycle of Keys (a.k.a. “Circle of Fifths”) is a very useful tool for figuring out the chords in each key. Find out how to use it to identify the I, IV, V and vi chords in any key.

Notes in the Major Scale

Find out how to use the major scale to work out the “root” note for the four chords you’ll be playing.

Working out the 3rds in each chord

Chords are built using intervals of a third. Learn how to use stacked thirds by counting up notes in the scale to construct the chords you’ll need from scratch.

Adding the 5ths to complete the chords

After the root and 3rd note, the final note of each chord is the 5th. Here’s how to identify that fifth note to form your chords.

Now for the fun bit! It’s time to listen to some example chord progressions using these four chords. Here are some very popular progressions to get to know:

To really get the sounds of each chord’s quality into your ear, use these singing ear training exercises. And find out how to make sure these exercises are fun and musical, not just boring drills! 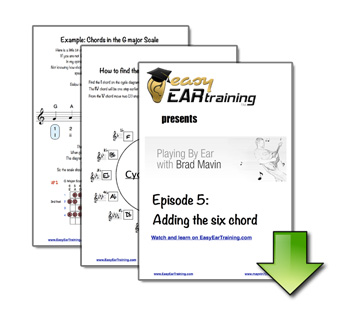 Featuring all the chords, progressions and exercises from this episode.