Home » Ear Training » Genres » Open Your Ears to the Contradanza

Open Your Ears to the Contradanza 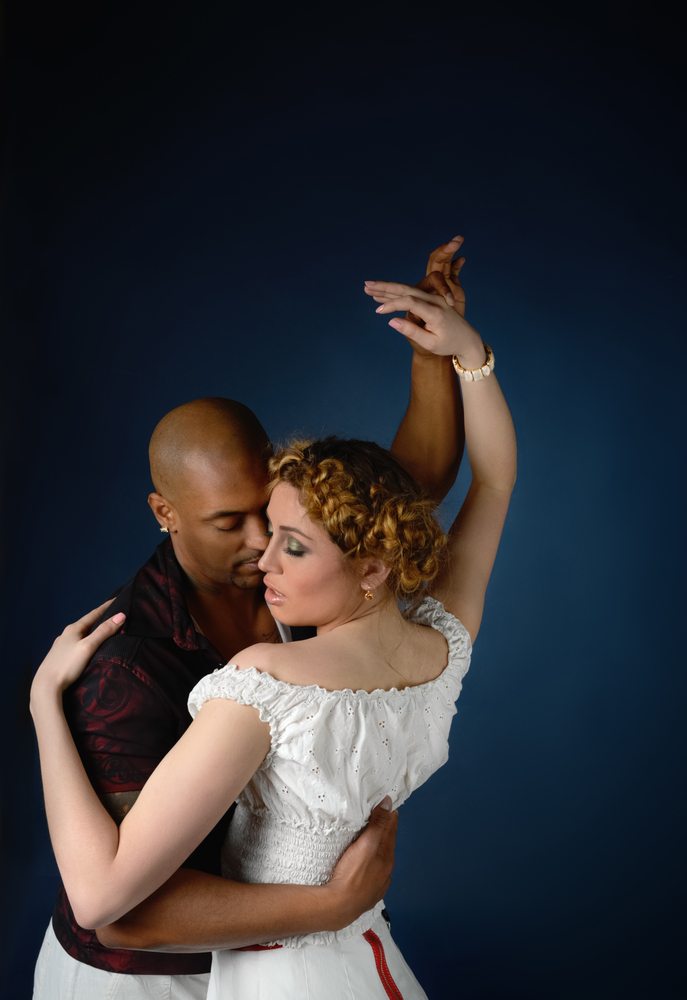 Have you ever heard of a Contradanza? Or perhaps you’re familiar with its French counterpart, the Contredanse? Read on to discover how this interesting musical form evolved in Cuba and continues to evolve today…

The Contradanza is the evolution of the French Contredanse through the ears of Cuban composers. Its counterpart appeared in European countries in the 18th century and could be described as a dance for several couples with intricate Geometrical formations. The music accompanying the Contredanse was generally a form in 2/4 or 6/8 time signature, as heard through compositions by Mozart and Beethoven.

The mixture of French, Spanish, English and black slave population residing in Cuba in the 19th century was the perfect setting to allow the evolution of traditional music and dance forms from Europe into a “new” genre of music with more flavor and that would be more representative of the new melting pot culture found in Cuba.

This article will discuss the brief details of the arrival and popularity of the piano in Cuba, before delving into the description and explanation of the Contradanza. We’ll then look at the most notable composers of contradanzas and an in-depth analysis of the example performance above.

A Quick History of the Contradanza While generally neglected by most historical literature on Cuban music found in English, there is actually a very vast repertoire of classical piano music written by Cuban composers. Historically, the piano would have made its way to Cuba through European immigrants at the end of the 18th century, which coincides with the French population of Haiti traveling to Cuba to escape the slave rebellion in Haiti. With them, the French brought their music and culture onto the island.

In 1832, French composer and pianist Jean-Frederic Edelmann was invited to perform in Cuba and loved the country so much he decided to stay and even took on several pupils including Manuel Saumell, one of the first Cuban composers to popularize the Contradanza.

One of the main characteristics of the Contradanza is its form: a 32-bar composition separated in two sections of 16 measures, which is typically repeated twice.

The [A] section often comprises an eight-measure phrase – or section – that is more or so repeated twice with slight variations. While Saumell was more radical in writing the [A] section with a European classical sense and the [B] section with a creole sound, Ignacio Cervantes – another respected composer of Contradanzas – allowed himself more freedom when it came to this aspect of the contradanza: both [A] and [B] sections often feature Cuban rhythms (habanera rhythm, tresillo (“Cuban triplet”), and cinquillo, for example – more information on this below).

Also in comparison to Saumell and other composers, Cervantes did not use those fundamental danza rhythms as rhythmic constants throughout each composition but rather used them as element of style. After Cervantes came Ernesto Lecuona, who generally broke the “rules” and wrote pieces inspired by the original Contradanza without adhering to some of the typical conventions.

The contradanza is typically written in a 2/4 or 6/8 time signature. However, all three composers mentioned above have however all strayed from this concept and composed a contradanza in 3/4 meter:

So, how do you know if the piece you are listening to is a Contradanza?

This is a tricky question. There are a few indicators, as mentioned already, such as:

It is important to note that due to the evolution of the genre, and the freedom composers allowed themselves throughout the year, there is no fool-proof way for the novice listener to recognize the Contradanza!

Most of the Contradanzas written for the concert hall – in a more traditional “classical” way – were written for piano, which is the main subject of this article. However, since the Contradanza is by definition “dance music”, it can also be performed in a group setting, with an orquesta tipica or community orchestra. This type of music can also be arranged for various other instrumentation such as in the video below:

If you pay close attention, you’ll notice that the piece is written exactly as described above – 32 bars in two sections, time signature in 2/4, etc.

Manuel Saumell (1818-1870) is recognized to be the Father of the Contradanza – not because he created the genre but rather for perfecting it, making what was considered “popular” music into something more intellectual and of higher distinction. He is also associated with the Cuban nationalistic movement and is known to have composed more than 50 contradanzas, none of which are alike in terms of harmony, melody and rhythm – an incredible feat.

Ignacio Cervantes (1847-1905) followed right into Saumell’s footsteps, continuing with the composition of contradanzas after returning to Cuba upon completion of his musical studies at the Conservatoire de Paris, where he was awarded several first prizes. While he has written other music, his most recognized compositions are the “41 Danzas Cubanas”.

A particular interesting compositional element of Cervantes’ Danzas Cubanas can be observed through his capacity to depict particular sentences, or phrases, and scenes of daily life through his music. Many examples of this are explained in the preface of the second edition of Cervantes: 40 Danzas, such as the story behind Siempre Si, when a young woman tells her companion:

Tu no me quieres a mi solita…

To which he replies:

In a humoristic twist, the [B] section of the piece revolves around the note si, given that in Spanish solfege, the note [B] is called si (in solfege, the note B is referred to as “si” in French and Spanish – “ti” in English).

While not being primarily a composer of contradanzas, Ernesto Lecuona (1895-1963) is also a force to be reckoned with within Cuban piano music and has also contributed to the genre in his own way, using several stylistic elements of the contradanza within his own pieces and transforming the traditional form of the contradanza into something more modern and more adapted to this extraordinary pianistic abilities.

Although he was certainly influenced by both Saumell and Cervantes, in a direct and indirect manner, for aspects such as the internal gears of the pieces, rhythmic figures, etc., he also made the danza his own by incorporating a certain improvisational aspect to certain sections of his music: ad libitum sections and irregular rhythmic values contributed to this improvisational element.

His sound also differs from Saumell and Cervantes through its sound texture; while Saumell’s danzas were mainly homophonic – a quality describing music of which parts “move in step with one another, instead of exhibiting individual rhythmic independence and interest” – Lecuona’s compositional style leaned more towards a polyphonic quality, where parts (whether melody or accompaniment) moved independently, enriching each other’s musical context.

Another important difference between Lecuona’s Danzas and his predecessors’ lies in the fact he restructured the generic form used previously; the two-strain [A]-[B] format with an [A] section reminiscent of the classical genre while the B section merged elements of the Cuban sound. Many of his pieces are actually considerably larger in scope, departing from the traditional 32 bars and some even incorporate a development section, thus resulting in a ternary form – such as A La Antigua, for example. Lecuona’s take on the danza might not necessarily be cutting edge, or avant-garde, but the composer successfully reached a certain modernism that allowed the genre to survive in a more contemporary time period.

Composed by Ignacio Cervantes, Los Tres Golpes is perhaps one of the most well-known Contradanzas from Cuba and will serve as an analysis example for this article. I have studied and performed this piece myself and, through this analysis, I am hoping to offer insights on not only its form and compositional aspect, but also performance issues for pianists. As mentioned previously, the contradanzas, or danzas, were usually written following a particular two-strain structure, notated as [A] and [B] for the purpose of this analysis. The [A] section of the piece comprises 16 measures – an eight-measure phrase that more or less repeats twice with slight variation to lead agreeably into the B section. As demonstrated in Figure 2 below, the [A] section is written in E minor and in 2/4 meter. It is also interesting to notice the presence of the “habanera rhythm”, featured mostly in the right hand melody in bars 2, 6, 7, 10, 13, 14 and 15.

This rhythm (a slight variation of the actual habanera rhythm) is notated as follow:

The [B] section of Los Tres Golpes is also made up of an even 16 bars and offers subtle variations of the aforementioned habanera rhythm, although it migrates to the relative major of the original key (E minor to G major) to offer some melodic and harmonic contrast.

Another vital aspect of this piece was the reoccurrence of the tres golpes, or the three knocks. Given Cervantes’ ease in composing music around a particular sentence, phrase, event or scene, it was clearly no accident that many melodic passages featured series of three distinct knocks, more evidently in the [B] section (the eight notes in measures 19, 21 and 25 for example). With this in mind, I focused on this particularity, attempting to isolate these knocks in a certain way, playing them evenly without accent and completely denuded of pedaling.

The Contradanza in the 21st Century

Today, many pianists still perform Contradanzas, and some have even pushed the limits even further by adapting this “classical” piece of music in various ways, as demonstrated by some of the examples below. Enjoy!

This article is partly adapted from information found in Andree-Ann Deschenes’ graduate thesis, in which the references below have been used to supplement research.

The full thesis can be found here:

A SURVEY OF CLASSICAL PIANO LITERATURE IN CUBA & BRAZIL; The Music of Cervantes, Lecuona and Nazareth

Sublette, Ned. Cuba and its music: from the first drums to the mambo. Chicago Review Press, 2004.