New Apps Can Give Your Recordings a Professional Sound 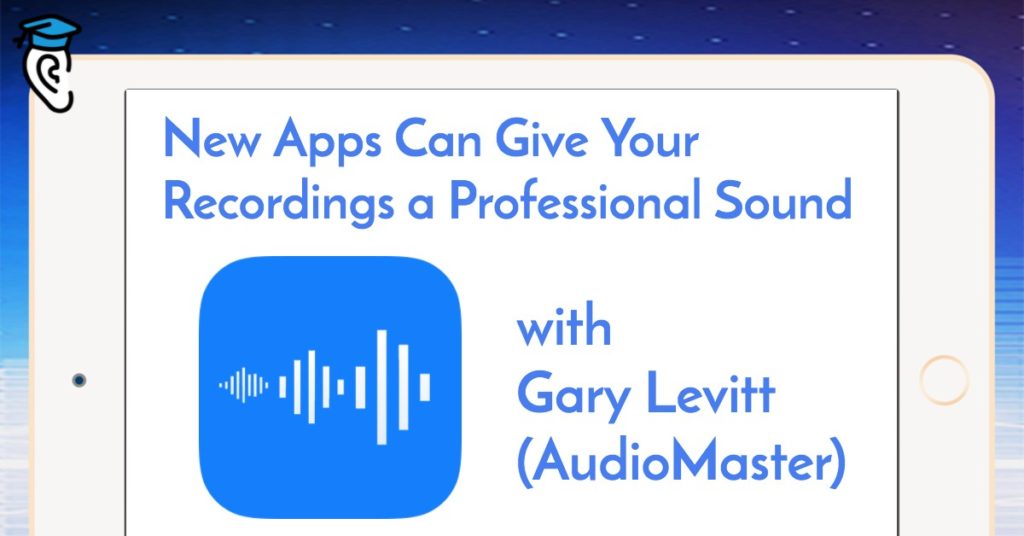 What an age we live in! Audio recording and mixing capabilities that only a decade or two ago were limited to multi-million dollar studios are now available as mobile apps. So why does that awesome track you recorded at your last band rehearsal sound so meh on your brother’s laptop?

The answer is mastering. Audio mastering puts the finishing touch on a recording, ensuring that it will sound as good in your headphones as it does in your car or booming out of a PA system on stage.

What is Mastering? Can I Do It Myself?

Mastering is an art that requires years of training and study to, well, master. The three complex mastering tools of the audio engineer—compression, limiting, and EQ (equalization)—require finely tuned ears, as well as deep understandings of how they might interface with all the varieties audio playback technology.

Professional mastering can be pricey. Pros each have their own style and forte, which may or may not be in harmony with your own. Shopping around for a mastering engineer that really fits your project can be frustrating and time-consuming. On top of that, once you turn your tracks over you may have little say in what the final product will sound like.

Gary Levitt and the Future Moments team are changing all that.

After years of high-end recording studio work both as an engineer and a musician, he has become the driving force behind a small bouquet of apps that give your home recordings that studio polish. We previously covered the launch of their exciting app MicSwap and we recently caught up with him to learn about their latest app, AudioMaster.

Q: Could you tell us a bit about yourself and the team behind the app? I’ve been a musician and audio engineer for a long time and have been fortunate to have worked in studios with some of the best. My own band Setting Sun has put out five records and an EP. I’ve always been intrigued by future trends and frustrated by the luddite (anti-new technology) nature of the music and audio industry.

I started to get ideas of how we can make it easier, more fluid and portable for people to create music in this new mobile world. I knew I had to work with a developer that was also a musician and understands audio. It wasn’t easy, but I found him. Our first apps were MicSwap and MicSwap Pro, then AudioFix: For Videos and now AudioMaster: For Podcasts and Music.

Q: From the app reviews it seems like AudioMaster is popular both with musicians who don’t have the technical skills to master, and also with some production pros who appreciate an easy way to get a good job done automatically. Did you have a particular use, or intended user in mind when you designed the app?

We did actually. Mainly for podcasters and home recordists who were releasing audio that was too low in volume and lacked that final polish which sets it apart from sounding like a demo. AudioMaster isn’t meant to replace a professional mastering engineer but more to be a quick, easy, affordable way for people to push their mixes up a few notches and make sure they’re loud enough to hear on computer speakers and mobile devices.

Q: We covered one of your earlier apps, MicSwap. Could you tell us how this new app is different and how AudioMaster relates to it?

MicSwap is first in the chain. With MicSwap, you create the song or podcast and swap mics to get different sounds. Though it does have a gain adjustment, it won’t give your audio that final polish that AudioMaster gives it. The combination of the two is really the full process: production with MicSwap and then post production with AudioMaster.

Q: For a musician who’s new to the world of recording, could you explain why mastering is important and how it’s different from mixing? What kind of change can a musician expect to hear when they put a track through AudioMaster?

When you mix a song, podcast, or audio for film, you’re combining all the elements or layers into a single track whether it’s stereo, mono or surround sound. Mixing is tinkering with each sound by adjusting its level, adding effects, EQ’ing etc. Once you have each element sounding good in relation to the other, you mix down all the pieces together into a final track. That is your completed puzzle. All the pieces are now together.

Now it’s time to master that puzzle by finishing it with a polyurethane glaze and framing it for professional presentation. That’s mastering, and that’s where AudioMaster makes it simple for you. The final mix gets compressed and boosted in volume to make it easier on the listener’s ears.

Q: The app features a set of 13 genres to choose from. How do these affect the mix produced? If you choose the “wrong” genre for your song, what would you expect to hear?

These are merely suggestions based on the genre. Each preset has its own algorithm so I would urge users to try a few and listen for what fits their goal the best. If it’s a pop song, maybe the pop genre isn’t the one that works best for this particular song. Maybe try the Hip Hop genre if you like the added bass and thump it gives your mix.

There is no wrong choice. If it sounds good to you then it’s probably good for you. 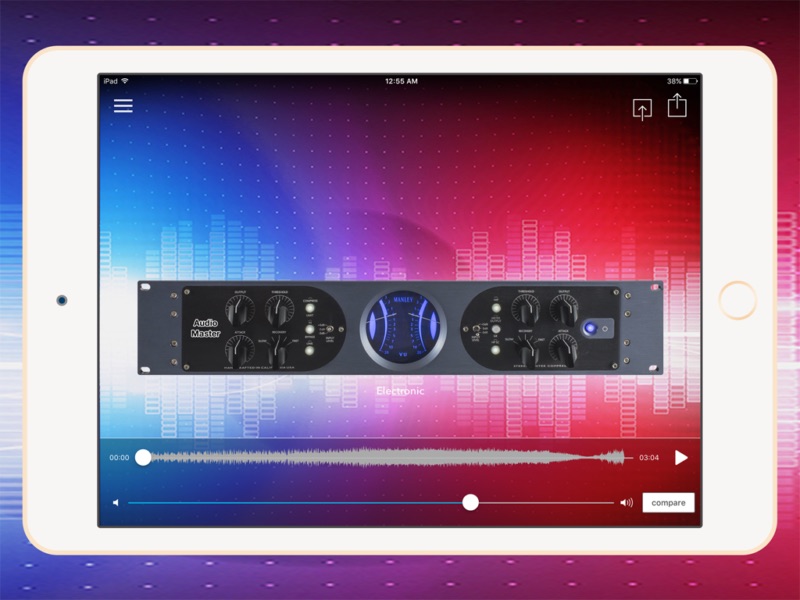 Q: For the audio EQ and FX aficionados in our audience, can you give us an idea of what kind of processing AudioMaster is doing under the lid?

Every genre preset in the app is slightly different and we also offer a flat EQ setting that will only limit and compress. The app mainly uses what most mastering engineers would use, which is compression, limiting and EQ.

Q: What does it take to master a track manually? If you could estimate, how long would it take somebody to learn the skills, and how much time to then master a single track, compared with using your app?

Whew! Well the ear is a muscle. It takes time and work to get it strong. When I first started audio engineering I couldn’t hear the subtleties of compression but it’s amazing how we subconsciously feel them. I attended a three hour seminar at an AES convention that was all about compression. Three hours solely about compression and it still could’ve gone longer.

They played examples of how compression can make a performance sound tighter and how it can make it sloppier. It was subtle but you felt it. They even slowed it down so you can literally hear how the bass was no longer quite hitting with the kick drum.

My ears have developed over time and use. I wouldn’t recommend people master their own music at first. Wait until you’re sure your ears are developed and ready.

That’s some food for thought, Gary. Your apps sound like the missing link that so many home recording studios have been waiting for. Thank you for joining us today!

So what do you do when you have your tracks recorded and mixed? We at Easy Ear Training and Musical U were so excited to learn about Gary’s apps. All his “years and ears” of experience and audio art, squeezed into an easy-to-use app! 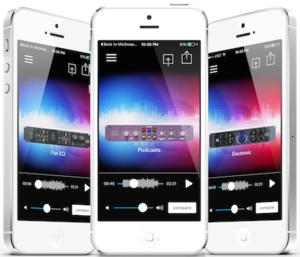 We love the options of testing different mastering genres, profiles, and styles—without the back-and-forth with the engineer, watching the bills grow like weeds—choking out the flowers of original inspiration. While this app does not necessarily replace a professional audio engineer, you can really pump up your demos and other recording projects so they can be heard clearly and cleanly on all kinds of devices.

Is your dream to create from the mixing console? Playing with this app can also help you develop your own ears for mastering, and give you a boost on your own audio journey.

Whether you’ve recorded, thinking about recording, or hope to record someday, understanding the process from the beginning can deeply affect how you go about it. The more you learn about all the aspects of recording, the more creative control you will retain over your finished product.

Despite all the advances in home recording, mastering has been the most mysterious. The finishing touches provided by the mastering process has been the greatest barrier between homemade and more professional-sounding tracks—until now! Check out the AudioMaster app and begin your journey to master the master!