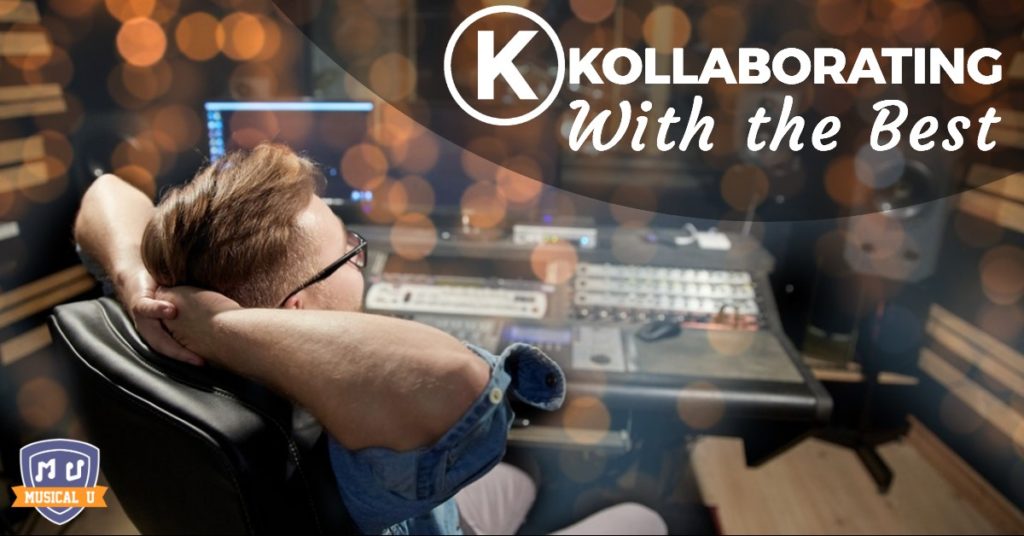 My first taste of home recording came way back in 2003 when I received a Tascam Portastudio for Christmas – a shiny silver 4-track cassette recorder. At the time, that was sufficient to record noisy band demos at rehearsal.

Things got serious a few years later when a friend gave me a copy of Cakewalk Sonar 4 for my PC. The ability to create music at home was a revolution for me, and I spent thousands of hours writing, recording, and remixing in front of a computer screen over the next few years.

The ability to record music at home is almost taken for granted in the modern era. Most computers now come equipped with free versions of DAW software, more than capable of capturing your music and offering a wealth of free sounds.

Whether you consider yourself a more traditional musician and dedicate your time to mastering your instrument, or gravitate more towards the production side, the ability to record your music without paying for expensive studio time is a real privilege.

Sooner or later, most of us as musicians, songwriters, or producers want to take our music to the next level and collaborate with others. I was no different, and in a digital age I soon discovered that I could work with musicians and producers from anywhere in the world, right from my bedroom.

Imagine you are a budding singer or songwriter. You’ve got a great voice, and you feel you have a real talent for writing lyrics and melodies. You can strum a few chords on the guitar, bash out a couple of chords on the piano, but you are by no means an accomplished instrumentalist and have no idea how to mix and master a song so that it sounds radio-worthy.

This is where remote recording makes something magical happen. Imagine, you’ve been working on your own music part-time at home after you finish work, and you’ve written a song over some very basic chords you’ve strummed on your acoustic guitar. Now, you want to turn it into a full-fledged song by filling out the instrumentals, adding embellishments, and of course, getting a killer mix. How will you do it? 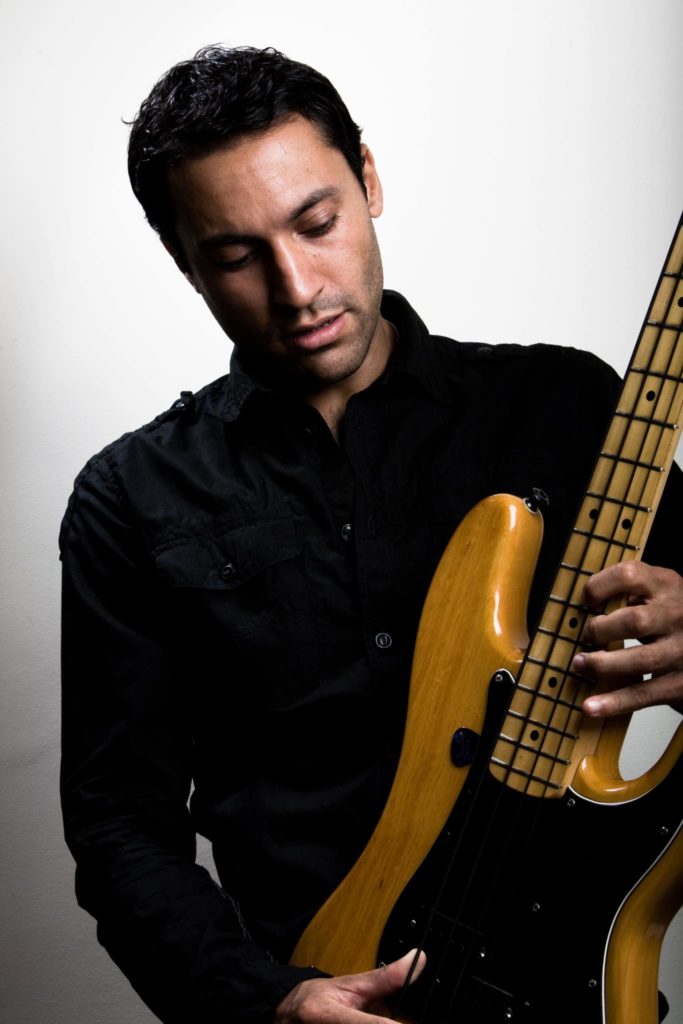 You could have a drummer in Chicago lay down an original drum track for you from his home studio, and send you the .wav files back in a few days. You find an awesome keys player from Sweden, who enhances the basic chords you wrote with an intricate piano track and synth lines. You hire a guitarist from Manchester who has a really unique playing style that you love, and he nails a guitar line that brings your song to life.

Now that you have all the parts, you need to put them together. You find a producer based in New York – he mixes your track and sends you a couple of revisions until it’s tweaked the way you want it. Finally, you hire a separate mastering engineer from France and when you get the master file back two days later, your track sounds unbelievable.

From that simple idea you had in your bedroom two weeks before, you now have a track that sounds like it belongs on the radio.

Why? Because this is how songs on the radio are made.

Parts are played by experienced session musicians, who can totally transform or create parts for you, or play the parts exactly as you instruct.

Don’t feel bad about it, you aren’t cheating here. Ariana Grande didn’t lay down the drum track on her last number one, and you shouldn’t, either. There are loads of musicians who take the DIY mentality to the extreme – but attempting to do everything yourself is a mistake, and it’s wise to play to your strengths.

Maybe In A Perfect World…

The above example is how remote recording should go in a perfect world. In reality, it’s highly unlikely the process would run this smoothly. Back in 2010, when I first starting reaching out to collaborate with people, there was literally no platform and these interactions were all handled over emails or MSN messenger. Sending or receiving payments was fraught with danger, and there was little recourse if the parts we not delivered to standard (or not delivered at all, which was also known to happen). 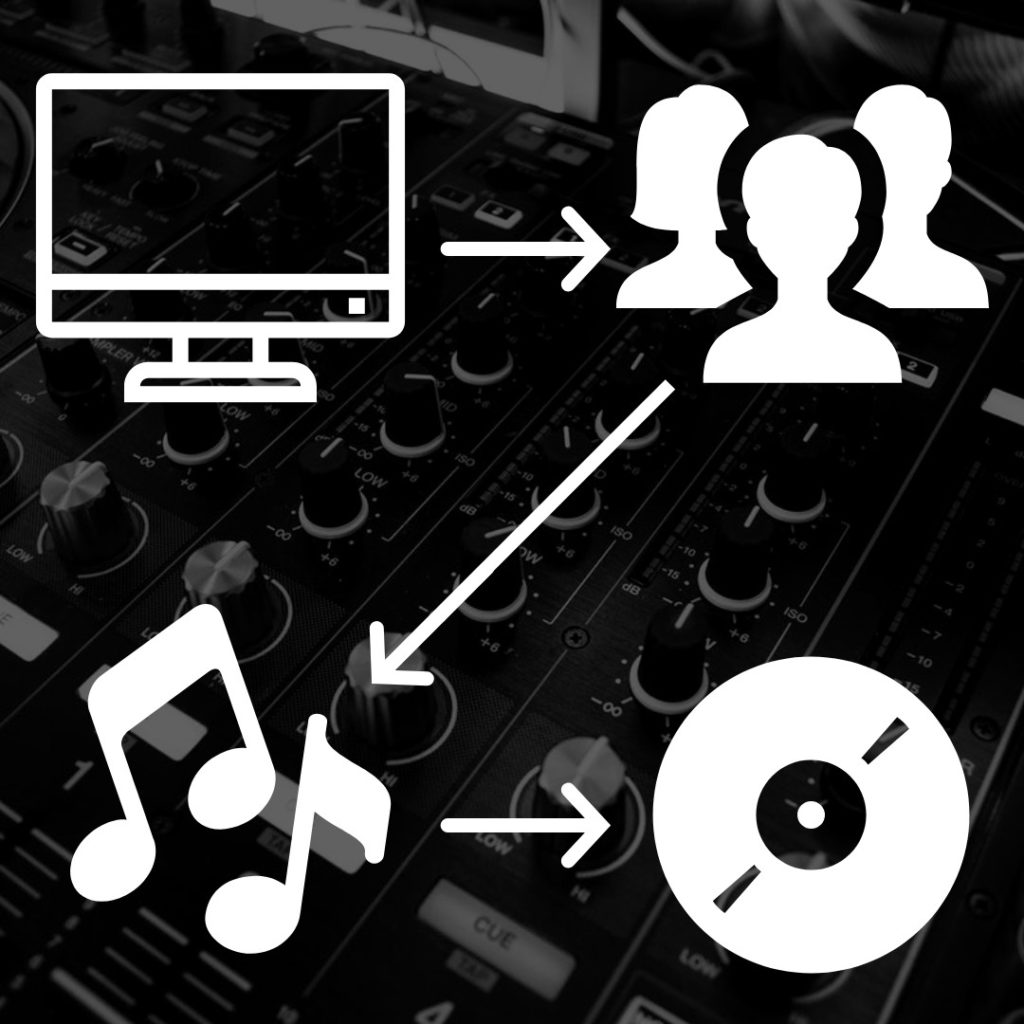 In 2018, the remote recording industry is a slow-moving beast, but still ever-growing. Most of the companies who provide remote services are based in the USA, and I was surprised to find that there was no dedicated remote recording service that was based in the UK. That was until 2016, when we started our company Kollab and became the first.

I still find it strange that so many people are unfamiliar with the concept of remote recording, as it has been happening within the music industry for decades on a larger scale. For example, for all of the songs Slash recorded with Michael Jackson in the early 90’s, the two were never in the same room together!

The Pitfalls of Remote Recording

Like any emerging market, we are constantly having to educate people about the service we provide and the benefits it can offer to aspiring musicians, vocalists and producers. Although there are more options out there than ever before, there are still numerous pitfalls to the remote recording market – proof that the exciting world of remote recording is still in its infancy.

For example, the majority of remote recording websites today operate as a marketplace service – this means musicians sign up as sellers and the interactions are left for the buyer and seller to handle between them. Whilst a good idea in theory, over the years I found frustration with this model as it makes it harder for the websites to control the quality of the output, and often leads to rogue sellers encouraging people to work outside of the platform (which always end badly for the buyer).

The other big issue that is commonly encountered in this emerging market is finding reputable professionals. Most marketplace formats allow anybody to create a “seller” or vendor account and sell their services, but it is a real lottery whether you are dealing with an industry professional or an enthusiastic amatuer.

The past couple of years have been a learning curve for Kollab, as we initially followed the marketplace format when we launched. Discovering quickly that the site was being driven away from the high-quality service we always wanted to provide, we now take a more hands on, agency-style approach.

If you visit the Kollab website the first thing you will notice is that our artists have worked with some big stars. We are talking household names here, from Led Zeppelin to Little Mix. And, although the names of our session players on those hit records or tours may not be familiar to most, you are still getting access to the same talent as those multi-platinum artists did.

Not only do we at Kollab make award-winning industry professionals accessible to anyone, but the fees to hire them are surprisingly modest, compared to hiring out a recording studio for the day and paying for their time and travel in the traditional way. Embracing the concept of remote recording and communicating everything over phone and email (with the help of our dedicated staff), it’s now affordable for anybody to hire the best talent for their music.

We have handpicked all of our artists and are completely confident that every project delivered will exceed expectations. It’s for this reason we offer a money back guarantee if you are not completely satisfied with the recording works you receive (incidentally, we’ve never had to enforce this).

As a recording bedroom artist myself, I have been in the exact same place as my customers find themselves: not sure whether to take a leap of faith and hire someone I’ve never met from a website. Musicians have to work hard for their money, and it shouldn’t be gambled with, which is why we have taken every step to give our buyers complete confidence. It’s also the reason Kollab was created in the first place.

Bringing Your Musical Dream to Life

Remote recording is a great way to work with the best possible people to make your musical dreams come to life – with geographical distance and a lack of recording studio no longer being concerns, you’re free to focus on making amazing music with the help of dedicated professionals around the world.

If you write and record original music and would like to learn more about how our services could help you, get in touch with us. We are always happy to have a chat about your project and can cater for all genres, budgets, and deadlines.

What professionals do you need to work with to get your song from an idea to a finished product? Imagine what elements will elevate your song from good to outstanding – is it some violin accompaniment, a session drummer, or a producer that has experience with a certain genre? You’ll find them all on Kollab.

Kollab lets you hire industry professional music producers, vocalists, and session musicians through a reputable, quality-guaranteed platform – at a fraction of the cost of traditional recording studios! With our service, you’ll work remotely with musicians and artists all over the world, gaining access to top-level industry talent to make your song a hit.