How to Train Your Ears for Better, Easier Improvisation 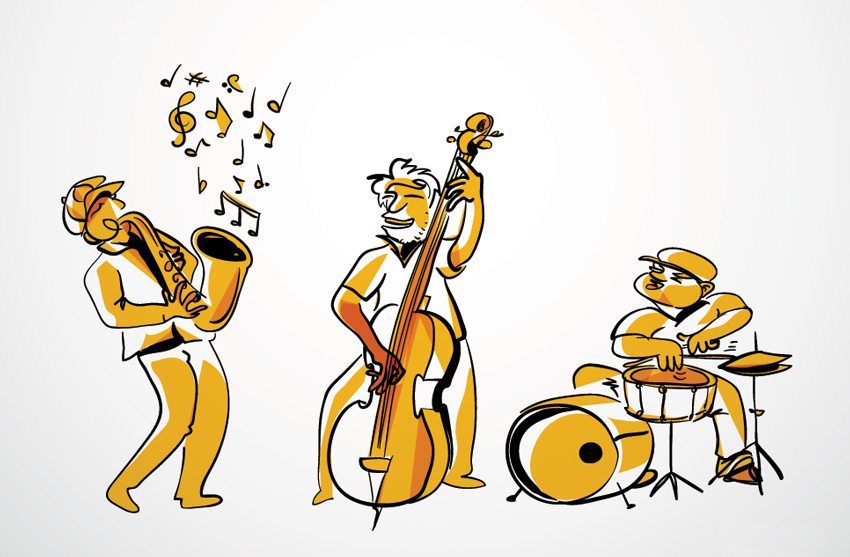 Most music students are being told very early on about the importance of developing aural skills and working on ear training exercises. While working on your ear is important no matter what instrument and style of music you play, it is especially important for any jazz musician or budding improviser.

Jazz players are most often than not expected to improvise, or “solo”, over certain chord changes in various settings. While jazz studies have a strong emphasis on music theory and understanding the music and the harmony, we often seem to forget that improvising is also playing by ear – to a certain extent. Most great players would be nothing without their ears, so it’s important to understand how developing your aural skills can help you bring your sound to a whole new level.

Taking jazz improv classes in college, I learned all about which scale works over which kind of chord, how to substitute certain things and what notes added more color and interest within scales over particular chords. The whole thing was very theory-centered and made my brain work at a 100 miles per hour while I was playing simple jazz standards to try and apply all this new knowledge when improvising!

In class, I came to rely on all these scales, theory and patterns a bit too much, and while I did master the art of playing long eight-note runs flowingly over complex chord changes by the time I graduated, all this knowledge didn’t actually unlock the secrets and mysteries of crafting a memorable and captivating piano solo over any chord changes. You ears can, however, greatly help you to better “forget” all this theory and create new ideas that are not pre-programmed in your fingers.

Improvising From Your Ears

In combination with practicing regular improv exercises based on scales and common motifs, there are several things that you can do to train your ears and apply what you hear to your instrument. One of the first things that you should do is to transcribe solos. I remember one of my first transcribing assignments – Wynton Kelly’s piano solo over Freddie Freeloader:

Transcribing this solo helped me immensely and taught me not only how to swing hard, but also how to build a solo by taking simple ideas and repeat them, eventually building up to a more climactic point. I didn’t realise it at the time, but I transcribed the solo in a backwards way, trying to put it directly down on paper right away.

One of my professors changed the game by asking me to learn how to sing the solos before I transcribed them on paper.

Not only is that an incredible ear training exercise, but it also allows you to really learn the solo in a different way. What I got from this was that instead of the solo becoming muscle memory because you write it down then play it back on your instrument, you actually internalize the phrases and the intervals and ingrain them in your brain and ears. Another very helpful exercise is to try and improvise by singing rather than using your instrument. Singing will force you to use your ears and, if you have good ears that you’ve trained thoroughly, your ears will likely guide you in the right direction.

In addition, if you’ve been singing and transcribing other people’s solos, those ideas will end up popping up over certain chord changes – and we all know that imitation is the sincerest form of flattery!

While you vocally improvise over certain chord changes, record yourself, so that you can later on transcribe what you came up with. This well help you go in different directions and create new ideas that you might have not come up with solely by relying on theory and scales.

Here is a step-by-step example of an exercise you could do when practicing:

YouTube user tjjazzpiano also offers a very interesting approach to this same concept in the following video – basically this exercise in a different order:

In this tutorial, the pianist starts by slowly learning how to play a specific line or pattern at his instrument. Then, he sings along while playing; which is followed by him singing the line while “ghosting” the notes on the piano (not actually playing the keys but doing the movements with the fingers, like air piano). This offers the same result as the approach detailed in the exercise above, which is to better connect your ears with your instrument, making ear training the central component of becoming a better soloist.

How to become a great improviser

In conclusion, it is important to remember that theory and learning the relation between scales and chords is primordial to understanding jazz and being able to freely improvise over any chord changes. However, it is also important to remember that theory will only get you so far and that before there were improv classes to teach musicians all that stuff, there were dedicated and passionate musicians playing together and coming up with new ideas on their own, simply by using their ears and letting the music speak for itself. These guys were the jazz legends we now respect and admire.

Theory is essential, but it’s also necessary to learn how to “forget” the theory and play by instinct… or in this case, by ear.

Transcribing solos, singing solos, improvising vocally and at your instrument as well as learning to better understand the relations between chords, scales, intervals and everything else are all great exercises that, when done in combination with one another, will help you better use your ears to improvise – thus making it so much easier to go from choppy scale-like movements and over-rehearsed and over-used obvious patterns to creating original free-flowing melodic lines with of your instrument.