Home » Instruments » Before and After: Covering The Jackson 5

Before and After: Covering The Jackson 5 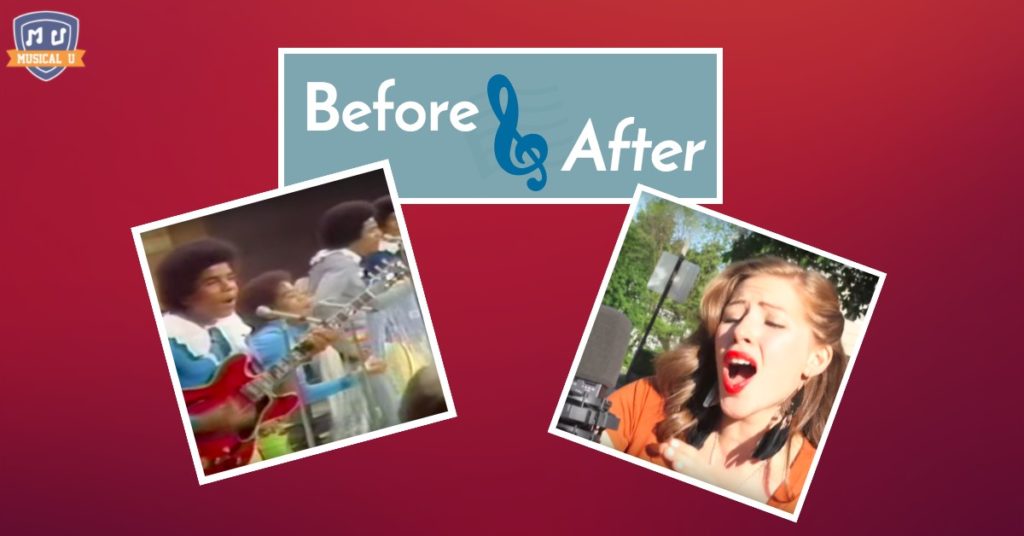 A song cover is a curious thing. An artist is free to take the original structure and lyrics of a song, play around with genre, instrumentation and countless other parameters, and mold it into something completely different. EDM becomes jazz, synthpop turns into punk, progressive rock morphs into reggae… there is no limit to the genre-bending possibilities of a cover.

Motown is often erroneously referred to as a genre. I say erroneously because there is a loose understanding within the music world that Motown is not a genre; it is a record label. It is an important, influential record label that had, for a period, a distinct sound. If Google can become a verb and be included in an actual dictionary, I’m not sure why Motown can’t be considered a genre, but sadly, I don’t make the rules.

The Original: “I Want You Back” by The Jackson 5

Founded in 1959 by a Detroit automobile worker named Berry Gordy, the Motown label would grow to host powerhouse talent such as The Supremes, The Temptations, Marvin Gaye, Diana Ross, and Stevie Wonder. In 1969, it signed a newly-formed group named The Jackson 5. Composed of five brothers, Jermaine, Tito, Jackie, Marlon, and Michael, the band would go on to be the launching pad for the future King of Pop, Michael Jackson. Their first single with Motown was “I Want You Back”:

Showcasing many of the hallmarks of the Motown sound, “I Want You Back” is up-tempo and danceable, with a discernable gospel influence in the call and response sections of the vocal arrangement.

A relentless four-beat drum pattern is the engine of the Motown sound, and this pattern drives “I Want You Back”. Prominent, memorable instrumental riffs are another cornerstone of the sound, and this is introduced right out of the gate with the iconic bass line.

Throughout the song, there is a laundry list of Motown’s other trademarks, such as heavy use of syncopation, high-pitched, rhythmic octaves in the guitar, and a distinctive trebly sound, intentionally mixed to boost the song’s effectiveness over the radio.

The form is not straightforward, with several sections ending in 2/4 bars. The final section after the breakdown reintroduces the chorus, but mixes in short reprisals of the call and response section, each one preceded by a 2/4 bar. While this makes the overall structure of the song a little hard to pin down at first, it adds an element of excitement and keeps the listener engaged.

The Cover: “I Want You Back” by Lake Street Dive

Formed in 2004 at the New England Conservatory in Boston, Lake Street Dive’s members found in one another a shared affinity for pop and swing era jazz. These influences are evident in the group’s entire discography, from their first release in 2006 to their latest album, 2016’s, Side Pony.

“I Want You Back” was included on the group’s 2012 album, Fun Machine, and showcases their ability to make a big impression with a very stripped-back arrangement. “I Want You Back” features Rachael Price on lead vocals, Mike Olson on trumpet, Bridget Kearney on upright bass, and Mike Calabrese on percussion.

Cutting the tempo of the song from The Jackson 5’s 105 bpm (beats per minute) to 65 bpm, Lake Street Dive takes a mellow approach to the cover. This lengthens the song considerably, but their treatment never feels like it drags, largely due to subtle changes to the form.

While The Jackson 5 version has multiple short sections spaced around its verses and choruses, Lake Street Dive basically distills everything to an eight-bar phrase, giving the song a solid, steady sense of direction. Lake Street Dive’s mellowed-out, jazzy take on the song retains all of the soul and energy of the original while giving it a new feel that suits their style. Listen along with the song while reading the following walk-through, keeping your ears open for how the instruments interact and overlap!

Bridget Kearney opens the song with its distinctive bass riff and she keeps it true to the original. After four bars, Mike Olson enters with the trumpet, playing an adapted version of the guitar line present in the original.

Rachael Price comes in at [0:29] with her ever-captivating vocals, accompanied only by the bass.

Mike Calabrese joins in with percussion at [0:58] as the trumpet harmonizes the descending passage in the bass. At the end of each of the phrases in this chorus, all four members join in, singing four-part harmony.

The trumpet plays along with the bass riff in this section beginning at [1:28], but also begins introducing improvised fills at the ends of phrases. To support Price’s lead vocals, the rest of the group joins in with vowel-sound backing vocals.

The group treats this chorus at [1:56] the same as the first, but Mike Olson continues to add more ornamentation to his trumpet fills.

Here at [2:26], the group does its own take on the call and response idea. While the trumpet provides the call melody, the bass actually plays both the call and response lines. Instead of using the original’s material, however, Kearney improvises her responses, opening up the section into a miniature bass solo.

In this chorus at [2:54], the group sticks to the arrangement established in the first chorus, while the trumpet continues to add complexity in the fills.

In this last chorus at [3:24], the group stops playing their instruments for the end of the first phrase, finishing it a cappella. They bring the song to a close abruptly after the final phrase, ending with one statement of the response: “I want you back.”

While Lake Street Dive change the fundamental feel of “I Want You Back”, they also manage to retain some of the signature aspects of the original version. The first, and possibly most recognizable of these is the bass line. Interestingly, this bass line becomes even more of a feature in Lake Street Dive’s version than in The Jackson 5’s. In the original, the opening bass riff occurs in the intro and in the background of the verses and choruses, but because there is so much going on, it occasionally gets lost in the mix. In Lake Street Dive’s version, the changes they’ve made to the form and the sparseness of the arrangement bring this bass line to the forefront of the song.

Similarly, because there are so few elements competing for attention, Rachael Price can be subtle in her ornamentation of the melodic line where Michael Jackson had to find a way to stand out against the thick instrumentation of the original.

The Lake Street Dive cover also retains the impression of soul music, though they approach their vocal harmony differently than The Jackson 5. The Jackson 5 backing vocals occur only when Michael Jackson isn’t singing the main line. At no time do they harmonize with him. Instead, the main purpose of the backing vocals is to provide the call and response element and fill in the space between Michael Jackson’s phrases. Lake Street Dive, on the other hand, performs no vocal call and response at all, opting entirely for four-part harmony.

Currently signed to Nonesuch Records, Lake Street Dive is steadily gaining momentum. To find more of their soulful covers and a growing body of original material, their Youtube channel is well worth exploring.

There are as many ways to cover a tune as their are musicians who accept the challenge. Take a leaf from Lake Street Dive’s book, for example, and try mellowing out a fast tune by cutting the tempo and finding new ways to keep it interesting.

You know you’re itching to put your own unique spin on that song you love. You can change the key, arrangement, structure, and even the genre of the song to make it all your own. Go ahead and grab an instrument, and play the tune in your own style!