Home » Ear Training » Genres » Before and After: Covering Tame Impala

Before and After: Covering Tame Impala If you’re a fan of any type of electronic music, you probably know that looping is one of the main compositional tools behind it. Repetition makes people dance! But looping can go far beyond that. It can also be a way of accomplishing supernatural production and arrangements, sometimes even live, with very little equipment and just one person.

The cover we’ll take a look at now is a perfect example of that. Pieter Schrevens is a musician who performs on a Belgian TV show called Café Corsari. In his spare time, he makes covers of famous songs. These performances are captured in amazing music videos, where he often loops himself playing different instruments over and over again, combining and overlapping them in a spectacular one-man performance.

In this installment, he covered Tame Impala’s “Let It Happen”. The original song is already a fascinating example of looping applied to psych rock. Like Schrevens, Kevin Parker (the mastermind behind Tame Impala) is also quite fond of looping and sequencing as a compositional tool.

So let’s take a look at the original first, then we’ll check out that amazing cover version Pieter did.

In case you’re not familiar with the music of Tame Impala, they’re pioneers of modern Australian psychedelic rock, and are one of the biggest acts in indie rock right now. However, you may be surprised to find out that it’s a solo project more than anything else! Kevin Parker originally started it as a side thing, just recording stuff at home. Even now with their growing popularity, he still records, mixes, and masters everything at home.

Somewhat unconventionally, Parker uses Ableton Live as his DAW (Digital Audio Workstation) of choice. Ableton Live is not the rock musician’s typical DAW of choice; it’s mostly used by DJs and electronic music producers precisely because of its looping capabilities.

The Perfect Opener for 2015’s “Currents”

Parker allegedly felt like with his third album, he wanted to stray further away from rock and try and conquer some dance floors. To an extent, he did with this song, thanks in big part to the looping of a four-on-the-floor breakbeat, and some incredible bass lines.

The song starts off pretty straightforward, doesn’t it? A verse, then the first chorus, then another verse, and a synth-lead bridge after the second chorus. After this, however, things go haywire.

From the [3:48] mark, Parker seems to have looped a whole section of the song. Then he adds those ominous strings on top of it, slowly filtering everything away, and begins drumming on top of it before breaking everything down into a dance anthem that re-states the bridge’s melodic theme.

Whew! Then he even adds some vocoder! Amazing song.

In his version, Pieter adds loops one-by-one into the mix to build up to a full-bodied sound, using interesting elements (including claps and the sound of him knocking the body of his guitar with his hand), along with some old TV sets. This may sound weird, but this arrangement has amazing results. See for yourself below:

More than ever, I recommend just pressing “play” on the video, and listening and watching for yourself. Then, pay attention to the following:

The Versatility Of The Acoustic Guitar

What struck me most about this cover is how many things Pieter is able to do with his acoustic guitar. Multiple uses of acoustic guitar aren’t that uncommon with looping, with musicians often using the guitar in percussive ways. In fact, there’s a whole genre of singer-songwriters who do this. However, few of them manage to create such a seamless and perfectly-synced song. 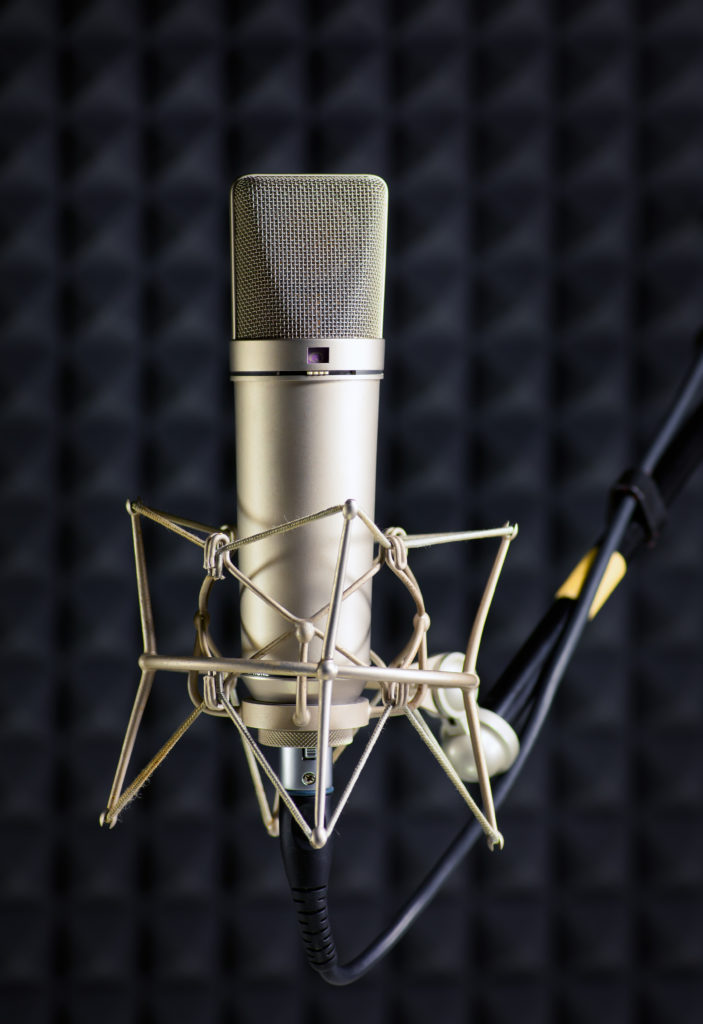 To a close observer, the unusual element in this is not the typical electro-acoustic looped to a pedal, but the condenser microphone in front of him. It must be feeding into some sort of looping software. It’s of course not all done live in one take since the bits are then looped and go into the TV sets behind him.

To start off the song, he creates some sort of click-track by plucking the strings while muting them. Then, he creates his own sample of a clap (a staple in electronic music) in real time. He pounds the body of the guitar with his fist, generating a bass drum-like sound. Pieter manages to create a full-bodied percussion section by using only an acoustic guitar and his hands, albeit in three different ways.

For the melody, he plays the little guitar riff from the beginning of the original on the high strings. After that, he lays down the bass line with the low E string. To finish up, he plays the song’s main chords and voilà! The song has a life of its own.

As the song progresses, Pieter is able to devote himself to one thing at a time thanks to looping. Drums are added, although they were recorded in a different frame. When the time comes to sing, he can focus solely on reaching those high notes without having to keep the beat with his right hand and the harmony with his left. The “past Pieters” are taking care of that, aided by the wonder of looping.

Similarly to the vocals, you may have noticed that the keyboard and synth parts are not looped either. They are played live over the whole thing with the little MIDI controllers hooked up to his left. Most likely, they are wired to some plugins within a computer. 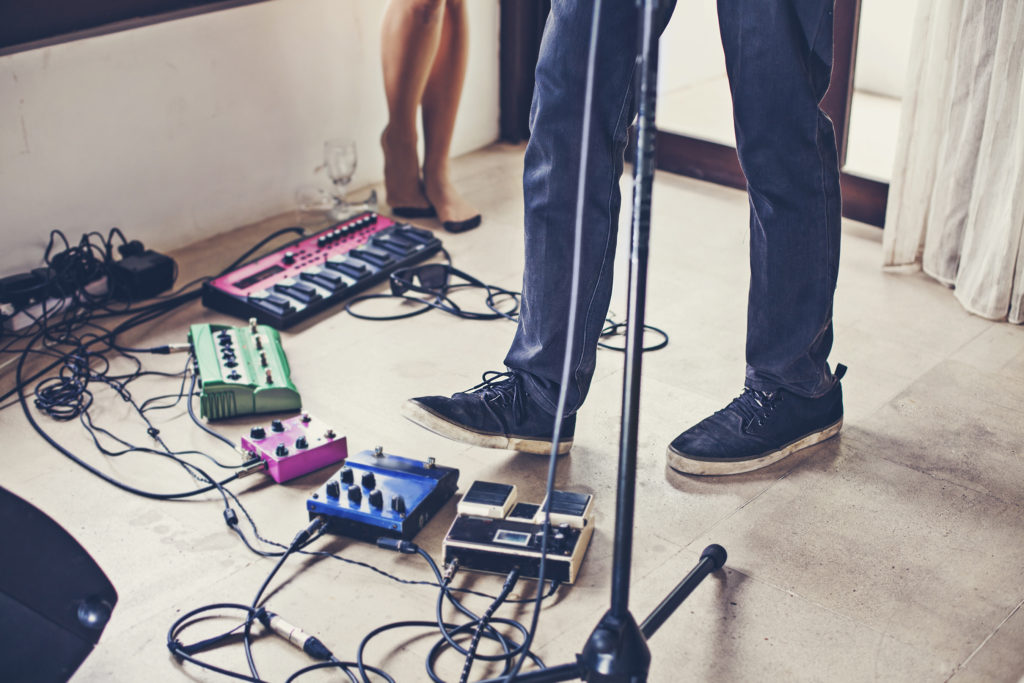 Apart from the creative use of an acoustic guitar, looping is also used in other interesting ways. You can hear this with the additional vocals in the choruses, but most notably with the part near the end of the song that emulates a vocoder. Whether it was an intentional choice or just plain lack of a vocoder, Pieter managed to create a similar sound by layering and processing his vocals. This happens at [3:45].

For the most part, the structure is the same as in the original, only shortened via the instrumental parts and the number of times he repeats certain things. Pieter’s version omits the string arrangements and the whole breakbeat looping that we hear in Tame Impala’s original.

Another noteworthy difference is the feel of the cover as compared to the original; Pieter’s version is obviously not as danceable as Tame Impala’s. I suppose it made sense to skip that whole thing and dismiss any attempt at a dance break.

Overall, Pieter took the concept of looping as a compositional tool quite far with this video. It is worth mentioning that if you got any desire whatsoever of covering a song or writing your own music, looping might be a handy tool for you to do it by yourself.

Of course, there’s also the option of doing most of it “in the box” (that means within a computer) with tools like Ableton Live. There are even some cool apps for phone or tablets like the Figure by Propellerhead or Native Instruments’ iMaschine.

Does your creative expression call for band members – instruments, voices, and layers of sound? You may not have to look any further than your reflection in the chrome nobs on your loop station. See what creative ways you can loop your way into your next cover.