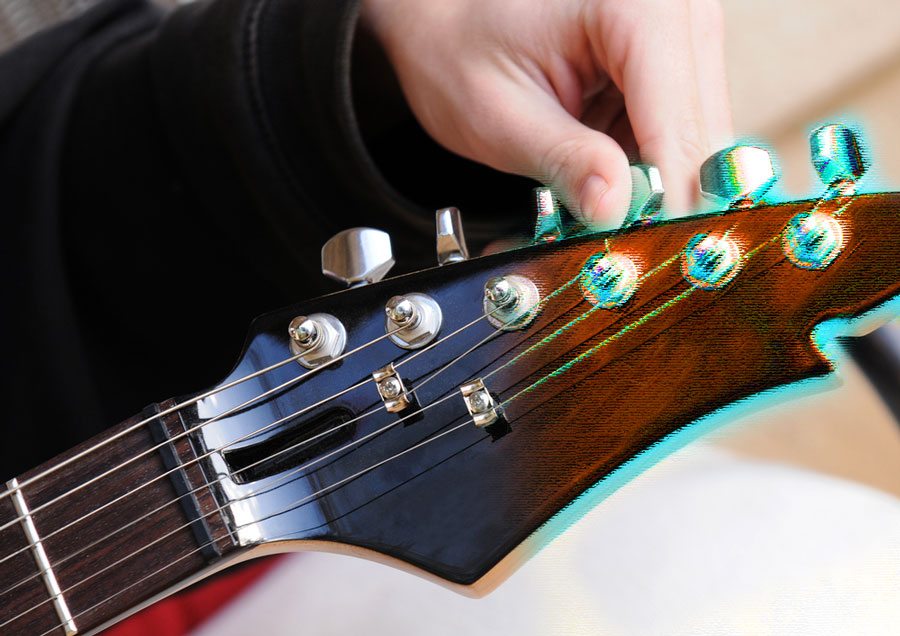 In my personal view, art should be continually subject to change: as time passes, art should be developed to cope with and adapt to the newer times and newer choices available.

Artistic standards and the status quo are not meant to survive centuries.

Do we do everyday work today like we did a decade ago? The answer is no.

Then why should art be stagnant? The need for alternate tuning

To a musician who is just learning to play guitar, a standard tuning is provided for them to practice scales, develop finger skills, work on hand stretches, and build their sense of notes.

After you have a grip on the basics, you might find that every chord you play starts to sound just like the chords they played in the 80s… and the music you create can, frankly, be quite boring! This is because our ears are now very familiar with those sets of notes, and yet we want to hear something new and fresh.

The problem is: there are only twelve notes to play with, and the music in the past few decades has covered the common ways of using these twelve notes again and again.

To help break out from this rigid sense of using the same notes over and over again, musicians have often created their own brand of sound by using an alternate tuning. This basically means not tuning the guitar the standard way but tuning it in a different way, that suits your own ears specifically.

What is so special about alternative tunings?

Sometimes playing guitar can limit your ability to get the perfect sound at the perfect time with just the right pitch you need.

That’s where the alternate tuning comes in.

Typically an alternate tuning is used to help you get the root note of the scale your song uses onto an open string of the guitar.

Playing an open root with an existing chord sounds nice and fresh and has a folk-ish feeling rather than the usual rock-and-roll feel.

For example if you tune down your 6th string to D you can have a Drop D tuning, which helps you play the root note D in any chord progression you play using the D scale. This Drop D tuning is actually quite famous among guitarists, and particularly to an extent the metal guitarists, who use this tuning to add strength to the riffs in their songs.

Some variants of the Drop D tuning are Drop C and Drop B – which as you might guess are nothing more than dropping the 6th E string to C and B respectively!

Warning: Sometimes if you drop the tuning too far, the tension for the string might loosen up and you may end up with wobbly strings! High gauge strings can be used to avoid this problem.

On the flip side, you might need to keep some spare guitar strings handy because when you try to tune a string up beyond its limits, it is bound to break!

Be sensible and re-tune your guitar carefully.

Some interesting examples of alternate tunings

Country artists often use alternate tuning. For example, Joni Mitchell has been rumored to use more than 100 alternative tunings in her life. The Rolling Stones were a huge fan of Open G tuning and they used it in several of their own songs. Jimmy Page had his favorite DADGAD tuning, which he used often.

Note: When a tuning is given as a sequence of letters (e.g. DADGAD) this gives you the note to tune each string to, in order from lowest-pitched string to highest. Standard guitar tuning is EADGBE.

When a tuning is called “Open” (e.g. Open C) it means that the open strings of the guitar sound out that chord (e.g. C major)

One weird yet beautiful sounding tuning is the tuning of the song Iris by Goo Goo Dolls, which is tuned as BDDDDD. They basically strum through all the D notes while changing the bass note—and it sounds perfect.

In recent times, the self-taught shredding legend Mark Tremonti from the bands Creed and Alter Bridge perfected tunings based on the D scale. He has used DADGAD, DADDAD and the Open B tunings effectively in several songs.

John Petrucci from the band Dream Theater is another example of a legendary guitarist who uses alternative tunings.

Last but not the least, alternative tunings are used frequently by bands like System of a Down, Meshuggah, Slipknot, and Lamb of God to create intensely dark tones or strong riffs along with interesting arpeggios.

Here is a recording of the intro of the song King Me by Lamb of God. The song is played in Open C major tuning and the initial arpeggio is intense. As I said, some bands like to use intense deep and dark arpeggios. Also, the open C major tuning helps to get the deeper bass note instead of the usual E note that we always hear.

Another fan favourite of the same band is a song called Laid to Rest. The initial riff is very catchy and very thrashy. This song is in Drop D Tuning. That tuning helps your fingers when you are playing complicated riffs. It’s just a minor deviation from the standard tuning. Listen to how intense it sounds.

Create your own alternate guitar tuning

Take a small brave step in your musical creativity by creating your very own alternate tuning when you need it.

Aside from letting you reach lower notes than standard tuning, alternate tunings work great for helping you strum forcefully. So if you are writing (or learning) a song and you have only managed to play a couple of notes correctly, you may be finding it frustrating only strumming those two notes while every open note makes a horrible sound.

Now you can strum your guitar nice and strong and you won’t have a problem because all the different strings will sound complementary to the scale you are playing!

If you haven’t been able find the perfect notes to play, you might have been hampered by the way you were tuning your guitar. Alternate tuning is a freedom from standard (and potentially boring) tuning. Alternate tuning can be an innovative way to overcome your guitar playing limitations and bring fresh energy to your playing.

… and if you discover a great new tuning be sure to share it in the comments!