The amazing thing about musical inspiration is that it can be found anywhere. That drive to play, write, and perform comes from a different place in every musician.

Singer-songwriter Jason V Chapman first got his hands on a Casio keyboard at age ten, and has been writing and playing music ever since. His classic take on country music features emotionally-charged lyrics on love, loss, travel, and spirituality that have captured the ears of audiences in his native Houston, Texas, and far beyond – his music has been broadcast on Texas Pride Radio, as well as American Bandstand’s radio music hour “The Grand Tour”.

Even with a steadily rising career, Jason remains true to himself, baring his soul through his music and lyrics, involving his supportive family in his musical life wherever possible, and keeping his day job to stay moving and stay healthy in spite of a chronic medical condition.

Musical U spoke to Jason about his by-ear approach to writing music, the release of his first single and his debut performance, the guiding role that God has played in his musical journey, and how he achieves a balance between his day job, his music career, and his family.

As you’d expect from someone who commands such attention with his emotive and confessional lyrics, Jason’s insights on songwriting, musical collaboration, and inspiration show that this man is a positive musical force to be reckoned with.

Q: Hi Jason, and welcome to Musical U! Before we dive into discussing your career and inspirations, tell us about your musical background and training growing up. I had no formal training, except some guitar lessons when I was ten. I ended up quitting guitar for boy scouts, and ironically, shortly thereafter quit scouts after having to jump out of the scoutmaster’s burning car (it had an exhaust leak and a wiring short, which caused the fire)!

I’ve been writing and playing music since I was ten. I started out playing instrumental songs on my first keyboard, a Casiotone MT-520. I also played trombone in a band in middle school.

My first songs, many of which I still have in a folder, were about heartbreak and love – it’s kind of divine that I ended up doing country, I guess.

Q: That’s an impressively young age to start writing music! How and when did you start performing? What was it like?

My first professional stage debut was at The Houston Livestock Show and Rodeo’s Championship Barbeque, in the S&S Cookers tent on March 1st, 2012.

A fellow volunteer at the rodeo let me play there to help launch my very first single, which had been released only a couple of days beforehand.

The release of my first single was due to a chance meeting with my now-producer Doug Deforest at a Halloween party where I did a Jimmy Buffet-type of look, guitar included. I went to talk to the person performing after being invited to keep my guitar in the green room. He introduced me to Doug saying, ”If anyone can help you get into the business, it’s Doug.”

I auditioned for him, and he gave me some tough feedback to the song I played for him. I accepted his critique, he offered to produce me, and we exchanged contact information. After prayer and discussion with my wife, we decided to go for it, and the rest is history…

Q: What are your musical influences? Can you point out some specific songs that show these influences?

There are waaaaaayyyyy to many to list. My single “Outlaw” was inspired by an outlaw song that my friend Dewey Wayne wrote called “Old No. 7 And A .30-06” that I love…

Q: In some of the biggest hit songs of the 60s and 70s, songwriters changed up the rhythm every once in a while by adding a short bar of 2/4 in songs that were basically 4/4. Today’s songwriters seem much more restricted, but I love that you’re not afraid to do the same! How does that happen in your songs?

I just play what sounds good to me – I play simply for the love of music, and go where the music leads me.

Q: Family is obviously very important to you. How do you balance your music with your family life?

Balance? What’s balance? Is there such a thing as balance?

Truthfully, I don’t know exactly how it all works out, but I will say my wife is my biggest support and I try to play at family-friendly places and events as much as possible, so that my family can join me.

Q: How do you find inspiration for your songs? Please describe your songwriting experience. For example, do you start with lyrics, melody, or chord progression? What role does improvisation play in your creative process?

I play by ear, so much of my songwriting is just fiddling with my guitar and coming up with chord progressions, then closing my eyes and letting the song come to me.

My inspiration for “Losing Faith” actually came from our head preacher leaving the ministry at our church:

I was so bummed because he and I hit it off about how we both interpreted The Bible’s meaning, and I was worried that a new preacher would not be the same (I ended up being wrong).

However, through an interesting turn of events, the song ultimately ended up being about a couple breaking up!

Q: It sounds like you have a very organic approach to songwriting, and I love that you base it in playing by ear – it’s such an important skill in writing music, and one that we stress heavily here at Musical U.

While you’re very comfortable as a solo artist, you have warm relationships with your fellow musicians and bandmates. Tell us about your experiences with collaborating with others. 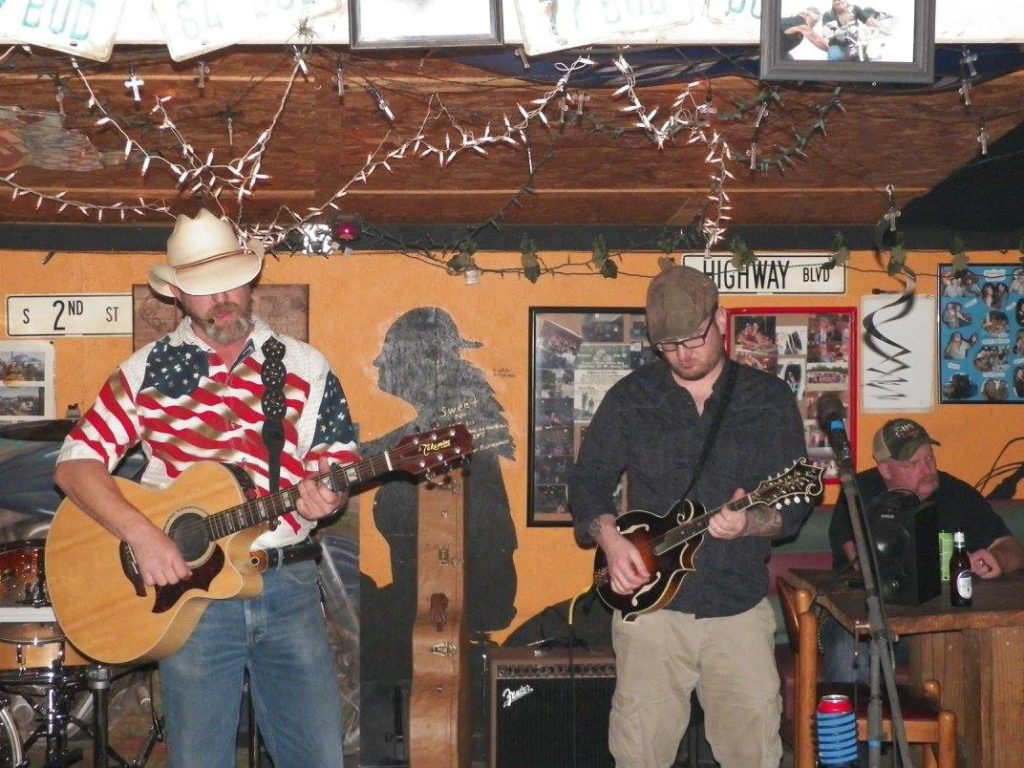 I love when I get to share the stage with someone else. I love the banter and the friendly rivalry that comes from performing with others. I currently do not have a band and perform either with special guests or completely solo.

I look at other musicians not as competition, but as souls on the same journey as I am.

I truly believe there is room for all of us in the industry.

Q: That’s a wonderful community-based approach to music. What advice do you have for aspiring songwriters who want to find others that would be interested in playing their songs?

Keep reaching for the stars, never take an answer of “no” personally, and always keep an open mind to minor changes – some of the best musicians make a song their own when they perform it, and the changes they make can only help the performance.

Q: In addition to your musical career, you hold down a full-time job in a molding company. While many musicians dream of ditching the “day job”, having steady work certainly has its advantages! Tell us about how you balance music with your day job. How does work “work” for you? To be honest, I’d love to quit my day job! However, the reality is, making music for a living isn’t easy, and it takes a lot of effort just to stay relevant.

I have a disorder called fibromyalgia, so for me, work is essential for keeping my body moving and minimizing my pain.

It also keeps me in shape so when I do perform, I look halfway decent to my crowd – looks may not be everything, but the stats say 16-25 year old females buy most of the music in this world, so looking good definitely helps!

All in all, I am thankful to have a job that pays me to stay in shape.

Q: It’s great that one of your jobs helps you succeed in the other! What advice do you have for up-and-coming songwriters and other musicians?

Never give up, and let God (or whatever deity or entity you might worship) take the wheel – when it’s time, it will happen…

Q: Tell us about your upcoming projects.

We are in the process of choosing new songs to record, nothing firm at the moment, but fixing to start pushing my latest release, “Couple Hundred Miles”:

Q: Fantastic – I could see this being an amazing jam to play on a road trip!

Finally, where do you see yourself going from here?

Wherever God chooses to lead me… He is in charge of this journey I am on.

Jason, thank you so much for this opportunity to get to know you better – we know your story and spirituality will resonate strongly with many folks reading this, and we look forward to the release of “Couple Hundred Miles”!

Songwriter’s block can be a difficult hurdle to get past, and this especially holds true with getting some good lyrics down.

As Jason demonstrates with his poignant brand of country music, the real magic happens when you weave your experiences, emotions, and inspirations into your music.

Take a cue from Jason and try songwriting from a confessional angle. Write about an important trip you took, a heartbreak, or anything that triggers a strong emotional response. We think you’ll be pleasantly surprised at the result – it’s a wonderful way to put your own emotional imprint onto your music, and there’s no doubt your audience will be very responsive!

Want to further explore Jason’s musical world? Follow his Facebook page, and check out more of his music on YouTube and Spotify – and stay tuned for his upcoming release, “Couple Hundred Miles”!