5 Things You Must Do During Band Practice 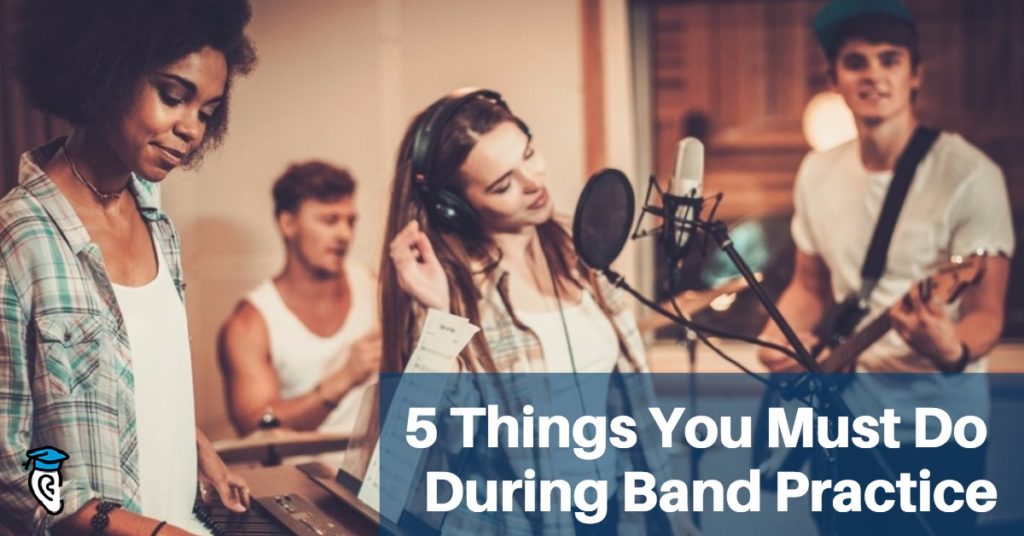 Bands can sit in a studio and produce albums until the end of time – but ultimately the quality of a band can be judged by how well they play live. Why? Because there is no second take in terms of performance skill and there is minimal processing on the sound to embellish or cover up any inadequacies.

The performance skill is amplified by the visual presence of the band and how well they can excite their audience in the moment.

So how does a band get to be great at live performance? The key to performing well live boils down to how well you rehearse.

Rehearsals are a way of testing the music and ability of the band and then addressing issues to continually refine and improve the result.

There is no written rule to how you should rehearse, but there are definitely things in a band practice session which you should be doing or listening out for. Here are 5 active listening exercises for you to try during your next band practice. 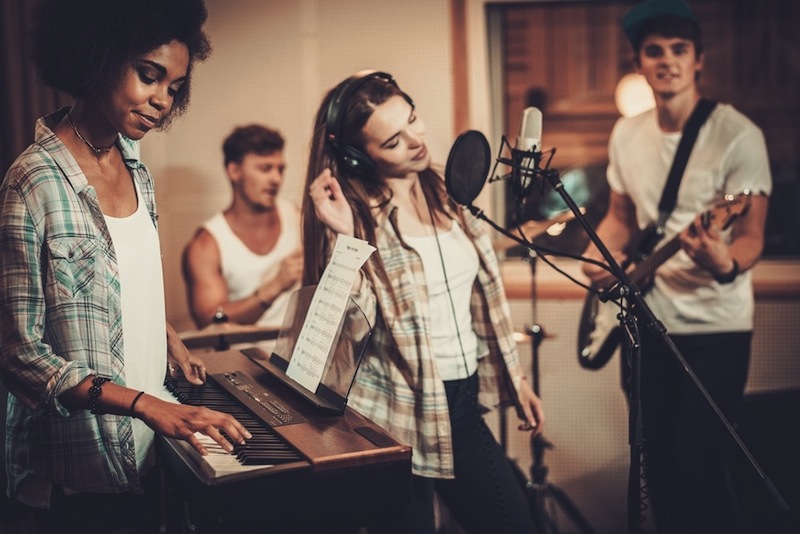 Let’s start with a single “big picture” factor in how good a band sounds: it’s vital that you get the balance of instruments (and backing track if any) right!

Being able to hear each of the instruments in the band lets you know if something is wrong or needs improvement. You may want to hear yourself over everyone else, but remember you are a band – not a solo act.

There are so many aspects to playing music correctly, and sometimes when you are caught up in your own playing you cannot hear the mistakes you might be making! Your bandmates can be great critics for your own playing, and will likely hear things that you’ve not noticed yourself. Make sure each and every instrument can be heard by everyone else.

Sound quality is affected by all kinds of aspects of music-making, from playing style to instruments, to effects and more – but by far the biggest factor is the equipment you are using and how it’s set up.

In essence, the better the sound quality, the more you (and the audience) will be able to hear all the different elements within the song. In the most basic of setups, the PA (“Public Address”) system determines the overall sound quality of the band, since that is what the audience will be listening to. Sound checks for bands at the performance venue are therefore very important as each PA system is different, bringing its own level of quality and factors controlled by a mixing desk that can also be different in each venue.

On top of that you have to consider your own instruments, amplifiers, microphones and so on which can all either sound great or terrible depending on the equipment you choose and settings you configure.

Make sure either you or someone else in the band who has good ears for audio quality can give their input on the sound quality of the band in the rehearsal room – and then later on stage too.

A band that is not together and is completely out of time sounds like an absolute mess. There is probably nothing worse than this when attending a gig.

Remember that while there are different instruments being played, you are a band and must therefore sound like one unit. Your drummer should already be good at keeping in time, and keeping the speed consistent throughout a song. If you play another instrument, learn to listen to the drums at all times while you play.

It is good practice to play to a metronome. That way the song will be consistent in its speed, both during a single rendition, and across different practice sessions. Furthermore, it will improve each band member’s discipline in playing in time. The drummer in turn keeps the band together with each other by acting as a focal point for listening to the beat. So make sure to listen to the rhythm section (drums, bassist, etc.) during every performance of every song.

4. Keep an ear on tuning 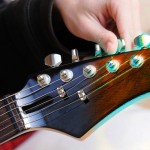 As a guitarist or bassist, you need to be especially aware of whether your instrument needs a tune-up. It’s perfectly normal to take a couple of minutes to tune your guitar in the middle of band practice or even a live gig.

Singers have it hardest of all, in that your voice is not tuned to a certain set of boundaries that needs re-configuring only every now and then. You need to actively remember to listen out for any discrepancies in tuning between your instrument and everyone else’s with every note you sing.

If you get really stuck half-way through playing a song, listen out to the backing track or keyboardist, if there is one. If not, take a tuner with you to band practice.

Details you should be listening for can be anything from rushing the beat leading into the chorus, slipping on a pinched harmonic, or making up a word or two during a verse. The small details typically make the difference between a “good enough” performance and a truly polished one. The audience can hear the difference, even if they can’t tell you what is responsible for it.

Exercise your ears in the rehearsal room with every practice session, just as if you were playing live right there and then. Just like you learn to practice playing a certain song, you should practice listening out for any mistakes that might happen.

Here’s a tip: instead of playing the “basic” version in practice and then planning to spruce it up with more expression at the gig, instead think of your song including any and all embellishments you intend for full expression as the default – anything outside or lacking from that is simply incorrect. By taking this attitude you will find it a lot easier to pick up on mistakes you and your band mates are making, no matter how small.

Put it into Practice

Remember that band practice is the perfect opportunity to listen to how everything sounds in terms of the whole band. Individually you can refine your playing of your own instrument, but just like the recording of a good studio album focuses on what each recorded track sounds like when played back together, a band practice should also focus on what the band sounds like and does while playing together.

During an actual gig adrenaline can very often take over in both the band and the audience, making a mistake far less noticeable than in the rehearsal studio. This is why actively listening out for any issues is imperative.

Try introducing each of the five suggestions above in your next five band practices. You’ll be amazed how much jumps out at you when you listen actively, and each mistake or unpolished detail you notice is an opportunity to move your band one step closer to greatness.