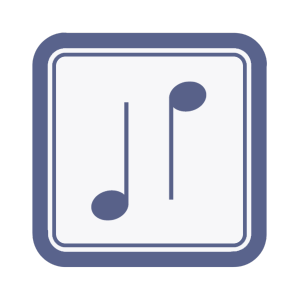 Practise recognising different types of interval by ear (part one).

After completing this module: you will be able to reliably recognise half the intervals of the octave: unison, major and minor seconds and thirds, and perfect fourths and fifths.

This module has a sequence of lessons with which you will gradually learn to recognise all the intervals of the octave. Because every musician learns differently you should feel free to adjust the lesson order based on your progress learning the intervals.

As you will have learned in the Learning Intervals module, each interval comes in three forms:

It’s generally easiest to start with the ascending form, then add in the descending form, and then finally try the harmonic form.

This module lets you practice the intervals in each of the three forms and also in combinations of the forms: “melodic” includes ascending and descending, and “mixed” includes all three.

In each lesson you’ll find some information about the intervals you’re learning, then some training tracks, some testing tracks, and a set of quizzes.

Use the “Training” tracks to listen carefully to each type of interval and tune your ear in to the different sounds.

Each time an interval is played, it is then announced so you know which intervals you’re hearing.

Once you think you’re getting a sense of each interval’s sound, listen to the corresponding “Test” tracks, which include a short pause after each interval.

During the pause, try to identify the interval you just heard.

You’ll hear the correct answer so you know if you got it right and have the chance to hear the interval again.

The intervals made up of three or four semitones are called “thirds” and there are two types:

These labels, major and minor, can be applied to other intervals too, and you’ll learn some of these in later lessons.

For now try to get used to the difference between major and minor thirds, and how their sounds compare with the other intervals you’ve learned so far. Give it a try!

“I found this module very helpful. It has been more helpful than any other software, app, or classroom assignment I’ve had in the past. I feel pretty confident in my melodic interval identification.”
“I remember when I first started doing these exercises I could not hear the difference. Being able to successfully complete the quizzes has shown me that I’ve improved in my ear training and give me more confidence to continue.”

Get instant access to Interval Recognition 1 (worth $30) and over 40 other training modules when you join now:

Get Interval Recognition 1 and over 40 other training modules included in your Musical U membership when you join now: